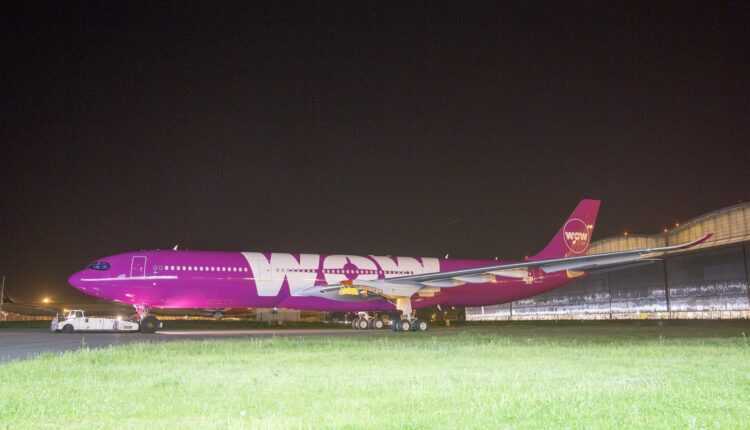 Airbus presented an image with the first Airbus A330-900 WOW AIR. It came out of the paint on 24 April 2018. They are about to receive their engines. Prior to delivery, scheduled for later this year, the aircraft will undergo ground and flight tests.

WOW AIR, Iceland's low-cost carrier, has ordered 4 Airbus A330-900 aircraft (the A330neo family). Delivery will start this year. The first A330neo WOW Air was photographed assembled and painted at the Airbus base in Toulouse.

You might recognize these colors! @wow_air's first #A330neo has rolled out from our paintshop in Toulouse. The Iceland-based airline has made the new fuel efficient A330neo its aircraft of choice to fly passengers further and in absolute comfort with the #AirspaceByAirbus cabin. pic.twitter.com/WgcxXuyMQz

The aircraft will be configured in a class with 365 seats, including 42 "Big Seat" with more legroom. The new A330-900 WOW AIR aircraft will benefit from the Airspace By Airbus cabin.

Wow Air already operates with 2 A330-300 aircraft, which are configured in 21 + 324 and 27 + 318. The future destinations to which the new A330neo will fly have not been presented yet. But considering that the flight range will be up to 9750 km, WOW AIR will be able to open direct routes to Hong Kong or Honolulu.

Currently, WOW Air flies to 38 from destinations in Europe and North America.