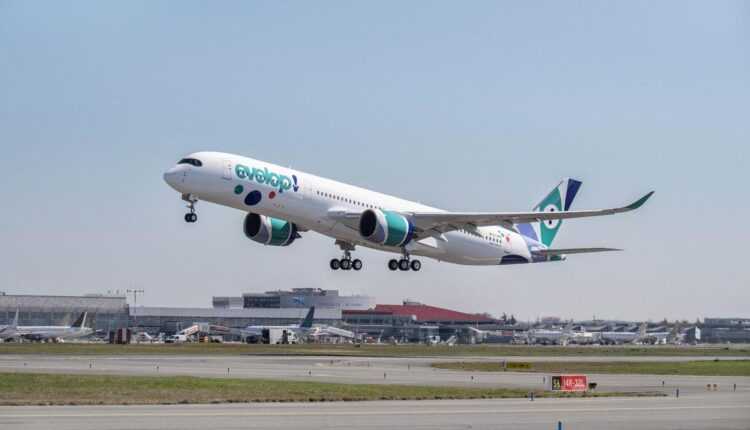 The first Airbus A350 XWB Evelop Airlines was delivered

Evelop Airlines is a Spanish airline, part of Barceló Groups. It is based at Madrid Barajas - Adolfo Suárez International Airport and operates charter flights to the Caribbean.

Airbus A350 XWB I do not think is a stranger to you, those who frequent AirlinesTravel.ro. It is one of the most modern long-haul aircraft. Provides increased passenger comfort and operational efficiency.

At the end of February 2019, Airbus had registered orders for 852 of A350 XWB aircraft from 48 customers. The figures show that A350 is a successful widebody aircraft.

AirAsia X plans to return to Europe in 2019