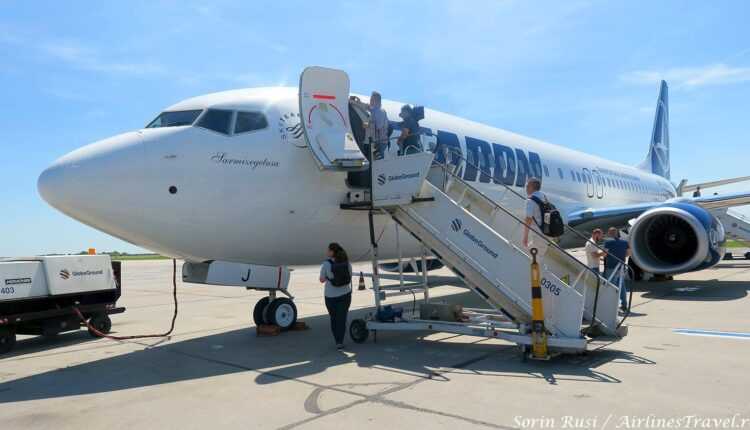 Great holiday to TAROM! After a long period without significant purchases, TAROM receives a new plane!

By Sorin Rusi Last updated 7 Sept , NEVER
3 2.080
Share
Delayed plane? Flight canceled? >>Claim compensation now<< for delayed or canceled flight. You can be entitled to up to € 600.

Update: Let's complete the article with a personal feedback. For TAROM, the 737-800 aircraft is not unknown. Some years ago, TAROM had 3 such airplanes in the 737-800 family, but from an older generation. 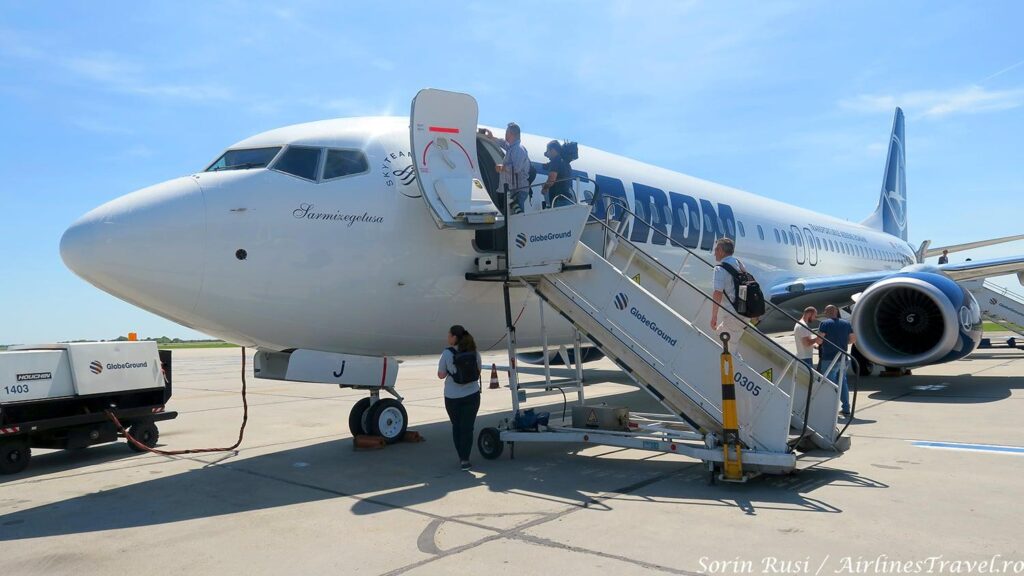 Today's reception was a moment of joy for TAROM, for the company's employees, for those who are passionate about airplanes, for the airport employees, but too much "jest" for this plane. It is appreciated that the aircraft is new, just out of the gate of the Boeing factory.

The interior is pleasant with Boeing Sky Interior, with more comfort for passengers. I can say that there is enough foot space even in this 189 seating configuration. It's nice to see everything new on a plane, with the specific smell. I hope that passengers will appreciate the new facilities offered on board the new aircraft and keep these goods.

As for the political class, he had nothing to look for in this equation. It is true that TAROM is a state-owned company, but the reception of an aircraft should be normal, not a moment of failure and praise for some politicians. We will certainly see how the PSD will boast with this aircraft in future election campaigns. But we do not want to comment more!

Today, 24 more 2017, TAROM has received the first Boeing 737-800 Next Generation. It was taken over for operational lease (dry-lease) for a period of 10 years. In other words, it is not bought, but nowadays it does not have to buy airplanes with the money down. But we are curious about the contractual terms and the rent established by the month.

The aircraft put the wheels on the runway of Henri Coanda Airport, Bucharest, at 11: 17 minutes. Before the touchdown, Boeing 737-800 (YR-BGJ) "Sarmizegetusa" executed a low-pass alongside 2 F-16 aircraft of the Romanian Air Force.

Arrival of the Boeing 737-800 TAROM aircraft

The aircraft is new, just out of the factory gate. Comply with all European regulations (EASA Compliant) regarding commercial operations.

Momentary, the aircraft configuration is in an Economy class with 189 seats. But this configuration can be modified according to the business strategy of the company. Boeing 737-800 Next Generation comes equipped with Boeing Sky Interior: LED lighting system, larger luggage compartments, "Slim seats" ergonomic seats and optimized shape and size windows. 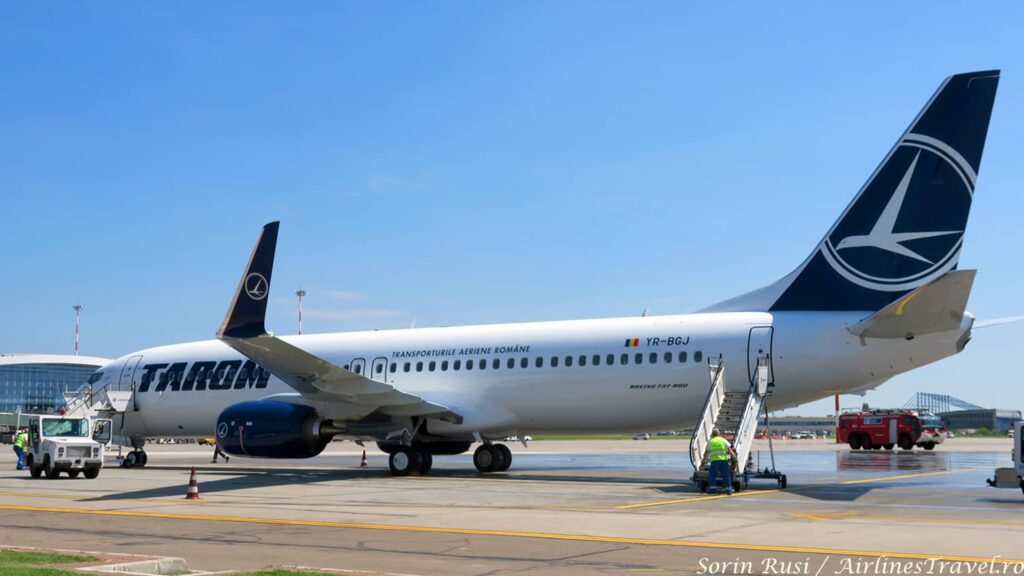 The great event was also attended by the elected members of the nation: Liviu Dragnea, PSD president; Sorin Grindeanu, Prime Minister of Romania; Alexandru-Răzvan Cuc, Minister of Transport. We do not go into political or economic details. I didn't see Mr. Klaus Iohannis! 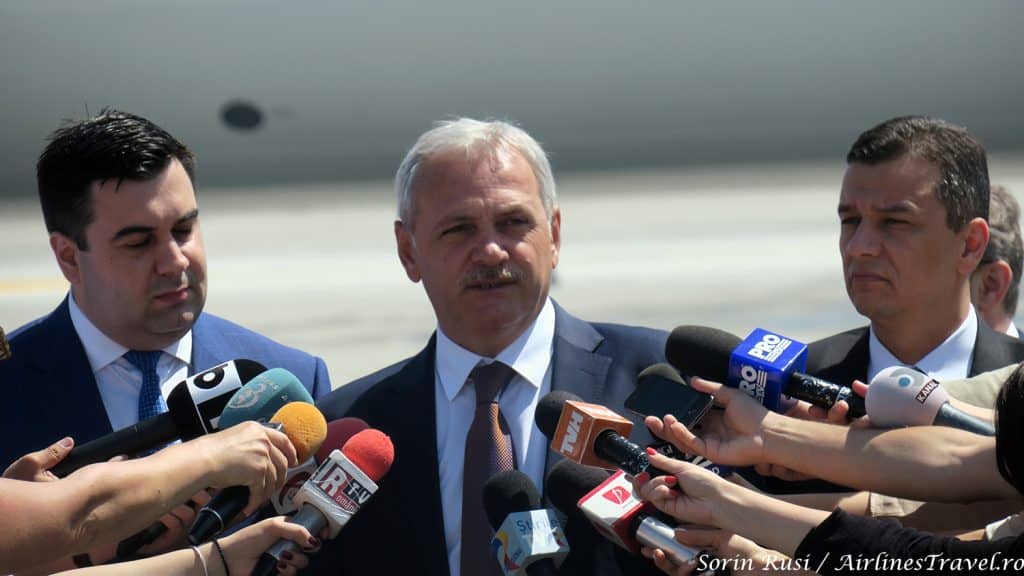 We believe that the acquisition of the new 2 Boeing 737-800 NG aircraft was necessary to maintain the destination network in TAROM's portfolio. Plus the numerous charter flights, safe money for the company. But from here to even populist statements with the purchase of dozens of aircraft, including long-haul airplanes, is a long way and not easy.

We wish them easy and beautiful flights! We hope to fly on board the new 737-800 NG TAROM soon.