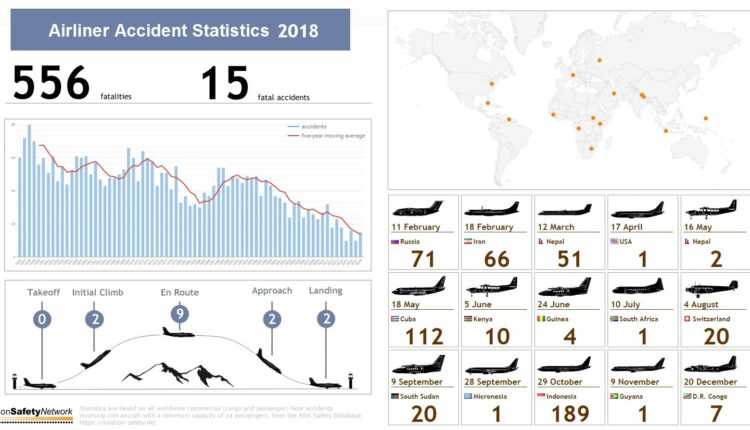 Another year has passed, and the Aviation Safety Network draws the line and presents the report of aviation accidents. In 2018, 15 accidents were recorded as a result of which 556 people lost their lives.

It is true that 2018 was the year with the most commercial flights recorded worldwide, approximately 37 800 000. Thus, it appears that a plane crash was recorded with victims on 2 520 000 flights.

In terms of air safety, 2018 is in the top 3 in the number of accidents recorded.

ASN monitors all commercial, passenger and cargo flights. The report does not include aviation accidents involving military aircraft.