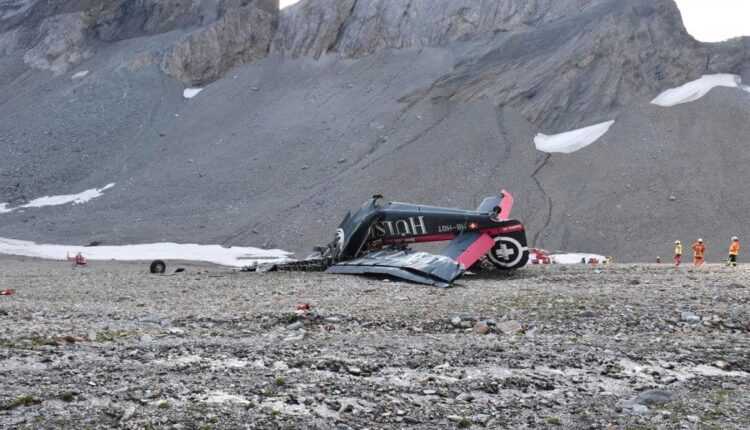 On August 4, the Junkers Ju-52 / 3mg4e (HB-HOT) aircraft crashed in the Alps, in the Piz Segnas area, at an altitude of 2540. The aircraft was flying in Ju-Air colors and had 20 people, 17 passengers and 3 crew members on board.

Fly between Locarno Air Base and Dübendorf Air Base. There were 2 experienced pilots, former Air Force pilots, with 250 and 900 hours of flight on this type of aircraft.

At a press conference held today, Swiss officials mentioned that on board were 11 men and 9 women aged between 42 and 84 years, including 2 pilots and a flight attendant.

The Swiss authorities have confirmed the plane crash and the death of everyone on board the plane. The investigation must clarify the mystery of the crash. There was no fire after the plane hit the ground, nor did it disintegrate in the air. It has not been hit by wires or other aircraft and there are no external factors influencing the aircraft. As the plane was found, investigators say it had fallen almost vertically.

Junkers Ju-52 / 3mg4e (HB-HOT) was 79 years old. He operated the first 1939 flight, and the propulsion was provided by 3 BMW 132A3 engines. After 40 years of flights within the Air Force Switzerland, the plane was rescued by a fundraising campaign and passed into the civilian area in 1982.

In 2007, the plane was used in the movie Valkyrie, in which Tom Cruise also played. JU-Air offers flying, charter and adventure flights with volunteer pilots, who are described as "highly experienced and specially trained military pilots". Until 2014, the JU-Air fleet carries more than 14 000 of passengers per year. JU-Air suspended its operations until the end of the investigation.