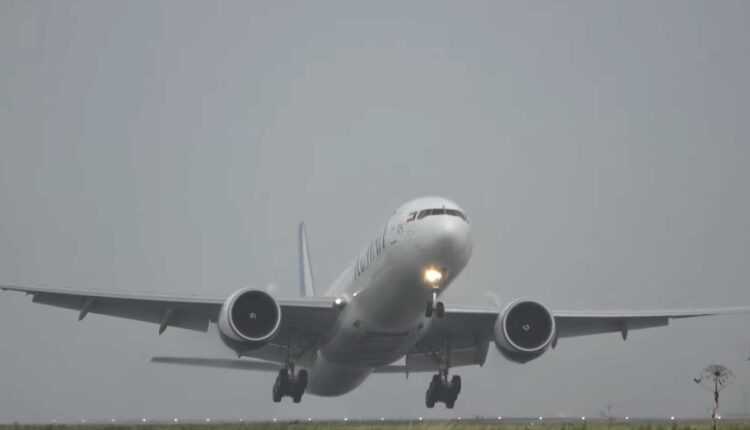 By Sorin Rusi Last updated TUESDAY , NEVER
0 27.451
Share FacebookTwitterPinterestLinkedinWhatsApp
Delayed plane? Flight canceled? >>Claim compensation now<< for delayed or canceled flight. You can be entitled to up to € 600.

On August 22, the Boeing 777-300ER 9K-AOE Kuwait Airways made a sensational landing at Amsterdam Schiphol International Airport. Those who caught the landing were amazed at how the aircraft put the wheels on the runway.

It is unclear whether the pilots performed a wrong maneuver or the aircraft capsized due to adverse weather conditions. As you can see, the plane hovered over the runway, delaying the touchdown. And then he had a moment when his snout rose too high, giving the impression that he would hit the track with his tail.

But everything ended well, in conditions of torrential rain and strong wind. Such moments are not unique to Amsterdam Schipnol Airport. On July 25, 2015, a Boeing 737-800 Transavia - landing without flaps, and one  Boeing 777-300ER (PH-BVB), KLM Asia landed swinging due to a side wind.

Massive layoffs are announced in US airlines