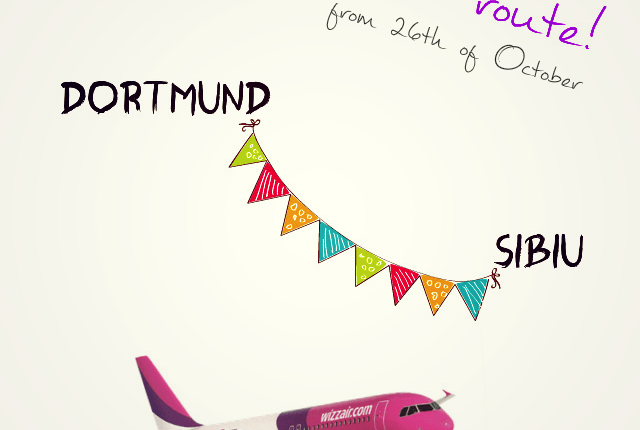 Today, July 7, 2014, Wizz Air announced the route Sibiu - Dortmund. It will be honored starting October 26, 2014. There will be two weekly flights, on Wednesdays and Sundays, according to the following schedule:

Dortmund is the second available destination in Sibiu, after the London Luton route became operational on 14 in June. By adding this new service, the Wizz Air network in Romania is increasing to 88 of routes in total, to 15 from different countries.

Prices start at 109 lei, and tickets can already be booked on the airline's website - www.wizzair.com.