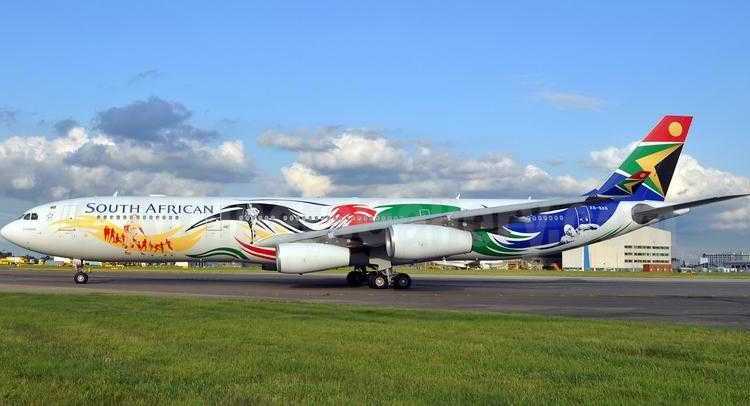 The aircraft is painted in bright and pleasant colors, including in the colors of South Africa. As an official partner of the South African Sports Confederation and Olympic Committee (SASCOC), South African Airways will transport athletes to London for 2012 Olympic Games London from July 27 to August 12, 2012 and for The 2012 Paralympic Games from August 29 to September 9, 2012. 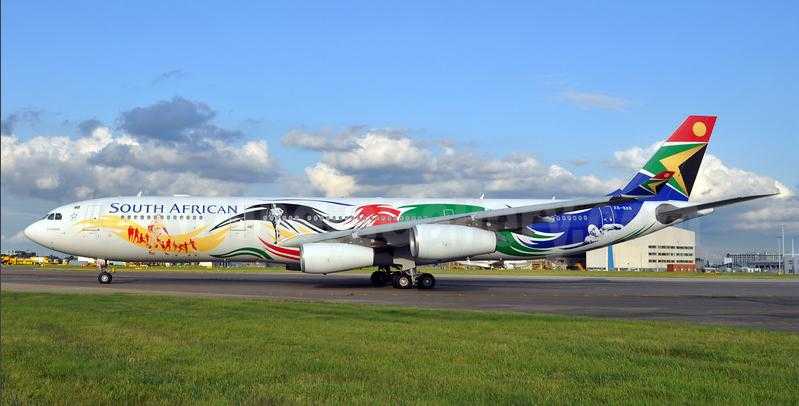