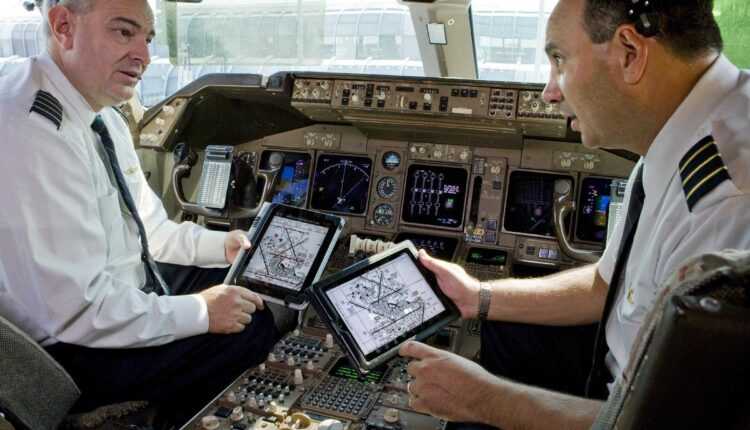 In 2011, American Airlines received FAA approval to replace pilots' flight manuals with the electronic EFB (electronic flight bags). Under these conditions, pilots no longer carry 18Kg of printed books, maps and other flight documents. They have everything in 650 grams.

Here, tablets have revolutionized another industry. It is easier to load and use a tablet equipped with all the necessary documents for the flight. I don't want to think about how long it takes a pilot to look up information in a printed flight manual.

Scoot will equip aircraft with Wi-Fi and iPads

The idea with the technology started in 2007, the year when American Airlines pilots requested permission from the FAA to use the laptop for organizing and managing the manuals. Then came the iPad and was seen as an alternative to the notebook.

Tabaletele Apple iPad EFB used by AA pilots come equipped with an extended battery, and the range can last up to 24 hours. Given that the pilot and co-pilot have iPad tablets as well, the FAA considered that flights can be as safe as those where pilots use printed manuals.

The guys at gadling.com got into the cabin of an MD-80 and we explain what it is like with the iPad used in American Airlines cockpit.

Do not imagine that the approval process is simple. The tablets were subjected to quite harsh tests at different atmospheric pressures and temperatures to track their behavior. It would be extremely unpleasant and risky to give up the tablet in an incident at 10 000 meters. Even the cockpit mounting bracket has been approved and approved by the FAA (Federal Aviation Administration).