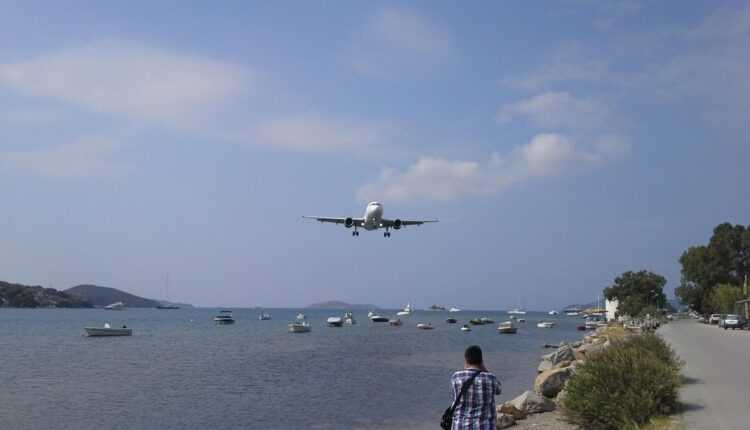 Skiathos Airport is known as being the Sint Maarten of Europe and this is due to take-offs and landings on the beach. Last day, a young British man was injured by the blowing of an Airbus A320's engines.

By Sorin Rusi On TUESDAY , NEVER
0 381
Share FacebookTwitterPinterestLinkedinWhatsApp
Delayed plane? Flight canceled? >>Claim compensation now<< for delayed or canceled flight. You can be entitled to up to € 600.

Skiathos International Airport is known as the Sint Maarten of Europe and this is due to take-offs and landings on the beach. It has become famous among jet-blast enthusiasts, among aircraft photographers, but it also attracts many curious and aviation and aviation enthusiasts.

Every year, thousands of tourists gather at the Skiathos airport fence and admire the aircraft that land or take off. Due to the very short runway, only 1630 meters, the aircraft are rotated very strongly before take off, which leads to a very powerful blast jet. At the same time, the landings are spectacular, forcing the skills of the pilots.

Days ago, a British youngster (12 years) was injured after the blast of an Airbus A320 TUI Airways engine blew over 10 meters into the air. The child's luck was that he fell on the sand, which greatly diminished his impact with the soil.

(Video) Landing and take-off of an Airbus A318 TAROM in Skiathos, Greece

The boy, who was on vacation with his father, received medical care near the airport, then was transferred to the hospital in Volos. Doctors are sounding an alarm about this "extreme sport", noting that the incident could have resulted in the young man's death if he fell on a much harder surface.

If you plan to go and try the power of a blast jet, take all safety precautions to avoid injury.

American Airlines is expanding to Europe in S19, not to Romania