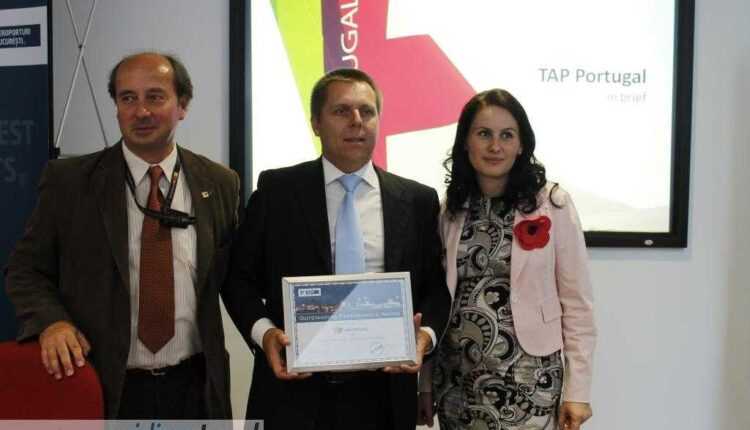 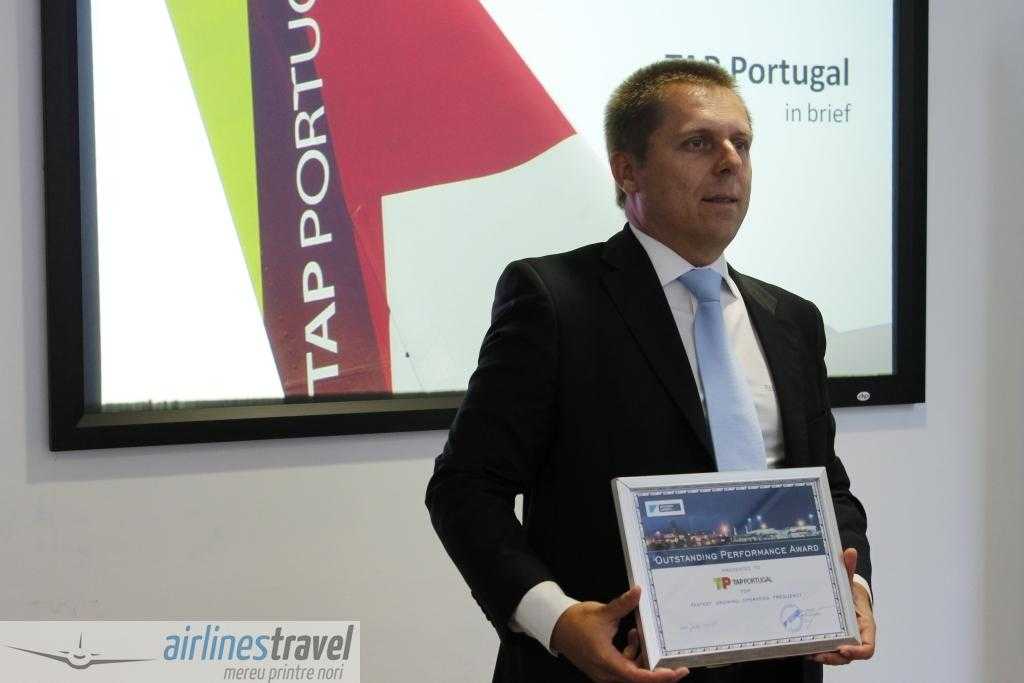 70% of the passengers transported from Bucharest to Lisbon stopped in this wonderful city. The remaining 30% continued their trips to other destinations operated by TAP. 60% of the tickets were sold through agencies, 20% were in group mode - tour operator, 11% were corporate tickets (not necessarily for business), and 9% were tickets sold through the website. TAP Portugal reached a BSP RO market share of 1.2%. 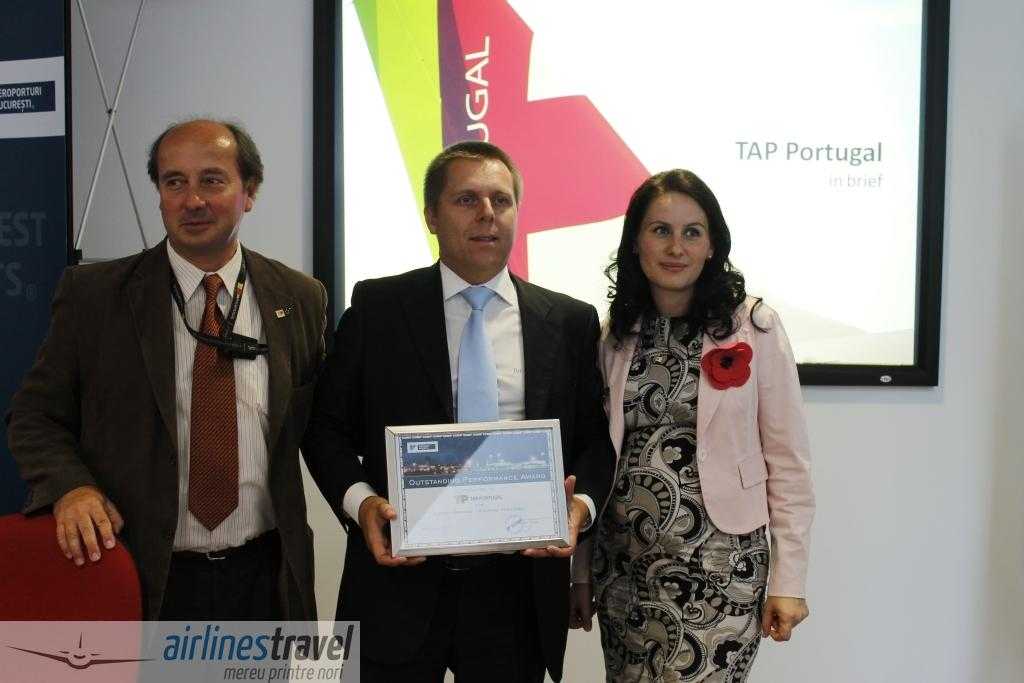 As I announced some time ago, TAP Portugal doubled the number of weekly flights between 1 June 2013 and 25 October 2013.

Since 2014, TAP Portugal intends to fly daily on the route Lisbon - Bucharest - Lisbon. Objectives for 2013: 1.5% market share and doubling the number of passengers transported.

During the press conference, Mr. Valentin Iordache, the Communications Director of the National Airports Company of Bucharest, handed over to David Jacinto, Sales Director of TAP Portugal Europe, the diploma for the fastest evolution of frequencies. Congratulations TAP Portugal for the performance!

Prices for a return ticket on the route Bucharest - Lisbon start from 246 EUR, but are limited in number on each flight.