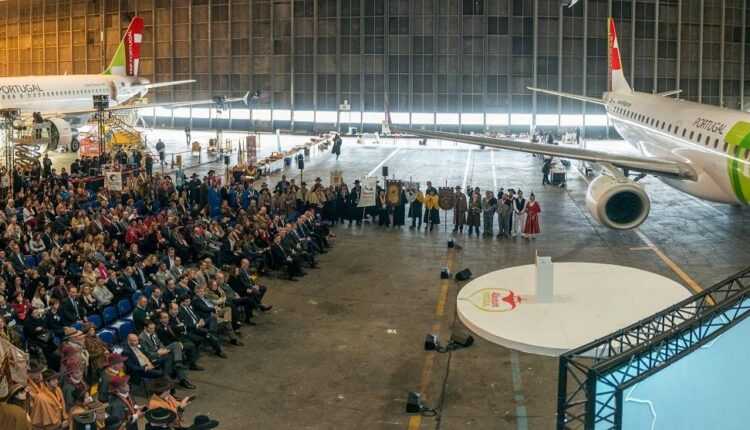 TAP Portugal was established in 1945, and the first flights were operated in 1946, on the Lisbon - Madrid route!

On March 14, but 72 years ago, the airline TAP Portugal was established. The first flights were operated in 1945, on the route Lisbon - Madrid.

After 72 years, TAP Portugal became the company no. NOT from Portugal. It owns a fleet of 1 aircraft and operates flights to 80 from destinations in Euripa, North America, South America and Africa.

On the occasion of the anniversary, TAP Portugal announced the new names for the TAP Portugal Express aircraft (8 ATR 72 aircraft and 9 Embraer 190 aircraft). These names were inspired by the names of Portuguese districts and autonomous regions.

The Portuguese carrier intends to promote as much as possible the services and traditions of Portugal. This objective is also reflected in the Portuguese products served on TAP flights. In 2016, almost 2 million liters of water, 1,7 million liters of soft drinks and juices, about 37 kilograms of coffee, 000 liters of beer and about a million bottles of wine, all "made in Portugal ”, were served on board Portuguese aircraft.

The turnover decreased, but it managed to optimize its expenses much better. 2016 was a turning year for the Portuguese carrier, and the results are not long in coming. However, TAP Portugal has also introduced the new tariff structure with competitive prices.

We remind you that TAP Portugal will return on the route Lisbon - Bucharest, the first flight being scheduled for July 2 2017.