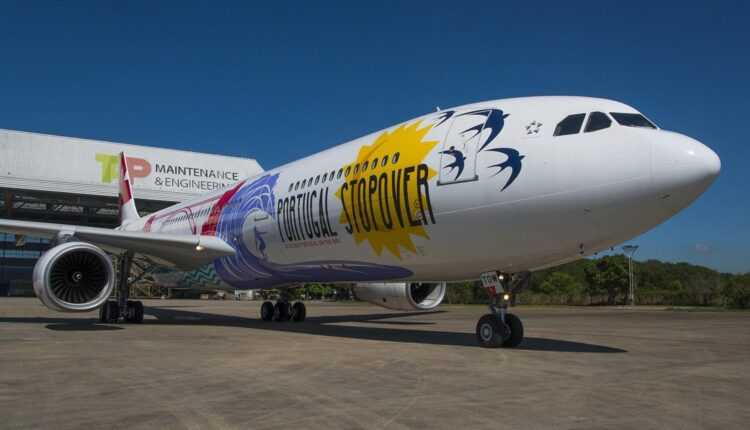 To mark 1 a year after the launch of the "Portugal Stopover" service, TAP Portugal painted an Airbus A330-300 aircraft in a special livery.

In July 2016, TAP Portugal launched the service ”Portugal Stopover”, The purpose being to encourage the passengers, who are in transit through Lisbon or Porto, to take advantage of these cities and to be able to visit them better.

The "Portugal Stopover" program attracted over 70 000 of new customers in Portugal, and the American publication Condé Nast Traveler named it the best stopover program in the world.

What will this new program bring? Starting with September 2017, TAP increases the length of stay from 3 days to 5 days, which means that passengers can choose to have more time available to visit Lisbon and Porto, but also Madeira, Azores or Algarve, benefiting from all the advantages of the "Portugal Stopover" program.

To celebrate one year since the launch of "Portugal Stopover", TAP Portugal has launched an advertising campaign in Brazil and the USA. At the same time, he painted an Airbus A330-300 aircraft in a special livery, which includes the main attractions in Portugal.

Currently, TAP Portugal flies to 84 from destinations in 34 from countries around the world, operating over 2500 weekly flights. This means that passengers can fly from / to the US, Canada and Brazil with a stopover in Portugal. From 2 July 2017, TAP Portugal returned to Bucharest, offering 6 weekly flights between Lisbon and Bucharest.

Ryanair has carried over 1 billion passengers