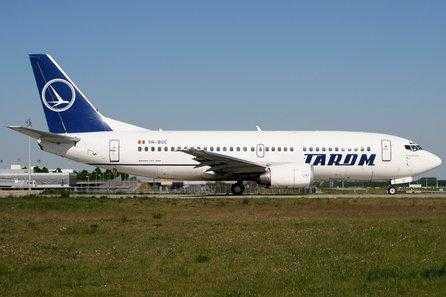 TAROM has officially launched flights to Dublin in Dublin

The launch event of TAROM flights Dublin - Bucharest - Dublin was carried out in collaboration with Dublin Airport, in the presence of His Excellency the Ambassador of Romania in Ireland, Mr. Iulian Buga and the representatives of the Romanian community in Ireland, tour operators, agents, press.

Present at the event, Ambassador Iulian Buga described TAROM's return to the Irish market as "a major project that became a reality at the right time" and stressed the symbolic importance of the return of Romanian national airlines both for the development of business and tourism potential of the two countries and for the Romanian community in Ireland.

The flights are operated by a type aircraft Boeing 737 on Wednesdays, Fridays and Sundays, with the following schedule:

So nothing new on this route, just an event that announces the operation of the flights Bucharest - Dublin - Bucharest by TAROM. The route was opened on 1 May, one day after  Aer Lingus gave up Bucharest.

Carpatair and its mysteries