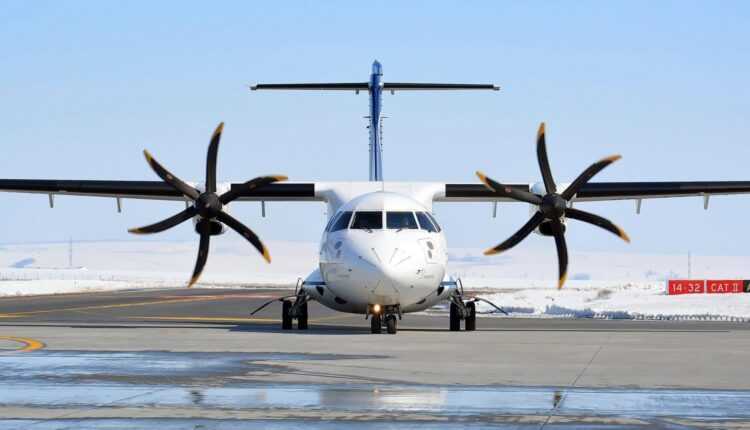 By Sorin Rusi Last updated NOT ANYONE. , NEVER
0 1.131
Share
Delayed plane? Flight canceled? >>Claim compensation now<< for delayed or canceled flight. You can be entitled to up to € 600.

On 21 June, TAROM announced the acquisition of 9 ATR 72-600 aircraft. The information was also confirmed by Răzvan Cuc, Minister of Transport. And today, ATR released an official statement announcing this transaction.

It is an operational lease for 10 years, the planes being taken over by Nordic Aviation Capital. The 9 ATR 72-600 aircraft will be delivered starting October 2019.

The 72-600 is the most modern aircraft developed by ATR. It offers very good performance at low costs. The 9 ATR 72-600 aircraft will provide an additional 330 000 of seats / year, but at the same operating costs as the existing ATR fleet of TAROM aircraft.

Considering that TAROM is not in the best performance period, I think the choice is realistic and with several advantages, especially for passengers.

ATR aircraft are found in fleets of over 200 of airline operators, from over 100 of countries. ATR 72-600 is a versatile and ideal aircraft for regional / regional flights, offering 72 seating capacity.

The ATR - TAROM commercial relationship is over 20 years old. We remind you that TAROM currently operates 7 ATR 42-500 aircraft and 2 72-500 aircraft. These will be transferred to Nordic Aviation Capital under the lease agreement for 72-600, in the Buy-Back system.