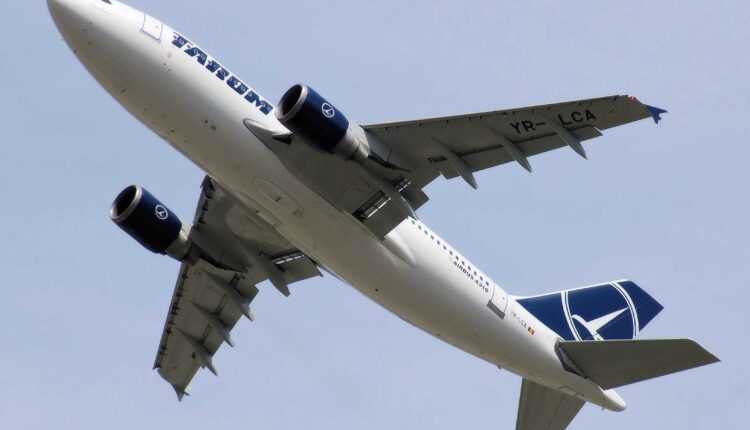 TAROM unions demand the resignation of the Board of Directors

TAROM, the air carrier of Romania, has become like a ping pong ball in the scandal between the members of the Board of Directors led by Dan Pascariu and the private executive management directly in front with Christian Heinzmann.

This battle leads to nothing good, it even destroys what has been built in the last 6 months. Christian Heinzmann, TAROM's private CEO, has done his job well beyond expectations, despite the accusations made by various CA members. Lucian Isar, a former CA member, writes on his blog that TAROM has been in profit since May. So how can a man be accused of incompetence when he brings the company to profit? Plus, the plan should be implemented in 4 years, not 6 months.

For several days, the TAROM unions have taken a stand and demand the resignation of the Board of Directors. I wish to establish a commission of inquiry from the Prime Minister's Control Corps in order to verify the abuses of the administrative and executive management, but also to detect the possible image and economic damages caused by the recent statements of the CA leadership, through the voice of its president, Dan Pascariu.

"We, the TAROM unions, are tired of the quarrel and the fact that there is no agreement at the top of the company. Practically, the Board of Directors interferes in all the decisions it takes on the general manager Christian Heinzmann. I can give you countless examples. The company operates by virtue of inertia, because they quarrel all the time. Their quickness - because the first thing they did was to get free flights and at the end of last year to offer some bonuses for what they did not do, but the company's employees. Mr. Heinzmann, I understand, stopped these bonuses, which were passed on the following year. That is, at the end of this year they should take this bonus of over 10.000 euros each ".

"TAROM unions note with disappointment that any appearance of CA TAROM management in the media does nothing but bring repeated and serious damage to the company's image, being likely to affect the reputation of its employees and frustrate their efforts, sustained in a highly competitive environment and extremely difficult both domestically and internationally to keep the company on an upward trajectory in terms of the quality of services provided to passengers. ”

The unionists also appreciate that Dan Pascariu abuses his position and allows himself "unjustifiably and defiantly" to disregard and humiliate the company's employees at every public intervention, proving, according to them, a lack of coherence and arguments in the interviews.

In addition, the unions accuse the members of the Board of Directors of being preoccupied with securing their own incomes and benefits, proving a lack of real interest in establishing a climate of seriousness, professionalism, fairness and trust in their own values, by appointment to key positions. of people without a thorough training and experience in the field.

The CA's "obsessive" concern for restructuring is also a subject on which trade unionists are sounding the alarm, given that, they say, "people are coming from outside."

"They come with people from outside, they actually parachute them into this company. We have people in the company who could hold these positions and are kept on miserable wages. They have the necessary education and training. Maybe there is a need for restructuring. Directors were brought in… the others did not change, they overlapped the others. We set up a branch to fire a director because it bothered the board members, after a while we set it up and bring in someone from outside and give them more money than the old directors. We bring in a communications director, we bring in chiefs of staff as well as higher salaries than the others, and we break the financial department in three, to make room for others from outside. And it's embarrassing for the Board to come and propose restructuring and fire people! We accept any option, but let's discuss it and take theirs first, which they brought ",

affirmed the president of the Trade Union of Technical Exploitation of the Aircraft, Cristian Voinea.

Regarding the personnel expenses, the unions say that they represent only 18% of the company's budget, given that for other air carriers they are 25-30%. According to union representitives, the new retirement plan is targeted at lower paid employees, leaving higher paid employees to enjoy the same benefits as before.

Another problem is the lack of communication with the unions.

"We are in July and I have not yet been to any meeting of the Board. Our mere presence could have improved things or we could have sounded the alarm, because we get on the planes, we fly with them, we repair them, we are among the passengers and we are the first to be able to bring positive or negative signals regarding what happens in the company (…) We have never been their partners. They believe that a management plan can be implemented in offices by six people. There is no communication channel between the CA and us. To be honest, the day before yesterday and yesterday we were invited by the Board of Directors to a discussion on the company's management plan and development strategy, but in the absence of the general manager Christian Heinzmann. I find it aberrant to discuss such an important issue with CA alone. Then, the management plan was not given to us, but only a sketch of it "

A few days ago, on the facebook page "Save TAROM”The following press release appeared:

The representative and united trade unions of TAROM Company take an attitude and launch a firm and open protest against the position and recent statements of the TAROM Board of Directors (CA), through the voice of the president or, Mr. Dan Pascariu, on various aspects regarding the management, organization and activity of the operator. aerial national.
TAROM unions:
• notes with disappointment that any appearance of CA TAROM's management in the media does nothing but bring repeated and serious damage to the company's image, being likely to affect the reputation of its employees and frustrate their efforts - sustained in a strong and extremely competitive environment difficult both internally and internationally - to keep the company on an upward trend in the quality of services provided to passengers;
• appreciates that Mr. Pascariu abuses his position and unjustifiably and defiantly allows himself to disregard and humiliate the company agendas at every public intervention, proving a lack of coherence and arguments in the interviews given, the unions considering all this unworthy for a high representative and decision-making factor of a TAROM reputation company;
• Mask and accuse openly and firmly:
o the rapacity of the members of the Board, focused mainly on ensuring their own income and benefits;
a lack of real interest of the CA for establishing a climate of seriousness, professionalism, fairness and confidence in their own values ​​through appointments in key positions of people without a thorough training and experience in such a particular field;
an obsessive concern of the CA for restructuring (considered as an end in itself), thus exclusively understanding staff dismissals, without communicating in a transparent way the vision and strategy envisaged for the relaunch of the company, although spending with the staff represents only 18% of the budget company;
o the total unjustified increase of the expenses related to the establishment of new management positions, while, at the declarative level, there is the intention of restructuring;

• asserted with responsibility and firmness, on behalf of TAROM employees, that they will not give up fighting to save the company and the TAROM brand, a renowned brand, built in time and with the investment of many efforts from the employees.
In the context presented above, unions consider it appropriate and necessary:
the real assumption of the responsibility of the Board of Directors regarding the repeated and recognized mistakes regarding the decisions taken within the implementation of the management program, program considered an “experiment” by the Chairman of the Board, through the collective and immediate resignation of the TAROM Board of Directors;
calls for the establishment of a commission of inquiry from the Prime Minister's Control Body in order to verify the abuses of TAROM's administrative and executive management.

MESSAGE FOR TAROM COMPANY PASSENGERS
The trade unions of TAROM, expressing the will of the representatives of the employees of the company, assure with full responsibility the passenger of TAROM as:
will continue to make every effort to meet the standards of flight safety and quality of services offered
TAROM has specialists with great experience in all areas of activity, who can answer all the challenges and will ensure that they will not stop fighting because TAROM continues to proudly carry the flag of Romania in the world.
Our message to you:
Keep trusting us - we promise not to disappoint you.

In the fall of 2012, I wrote an article in ANAT magazine entitled "TAROM, flaps up!„. The main topic was TAROM and the situation it was in at the time. In those lines I mentioned that I support the transition to private management, but with the mention that the whole process should be depoliticized. I haven't changed my mind. I support Mr Christian Heinzmann and I am confident that only such people will have the power to bring TAROM to the waterline. I am tired of the political interests, the hidden interests and the lies told by some of the members of the Board.

The implementation stage of the TAROM management plan