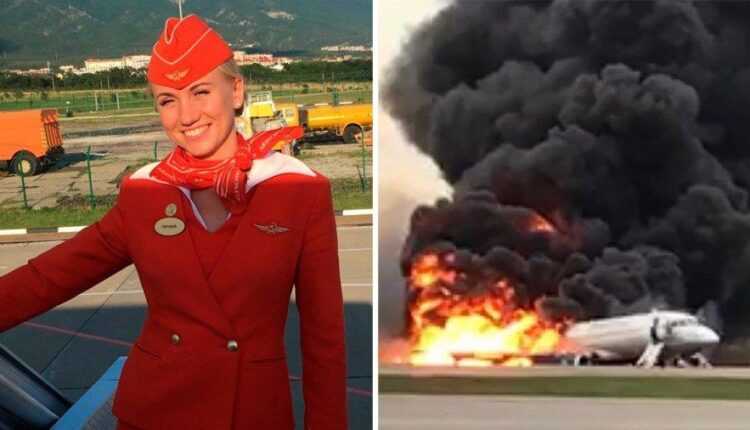 The title may seem a snap, but according to the accompanying statements, Tatyana Kasatkina saved lives by force.

Tatyana Kasatkina is 34 years old and is a flight attendant at Aeroflot. On the evening of 5 May 2019, she was there aboard the Sukhoi Superjet 100 Aeroflot, from SU1492 flight, involved in the accident.

The plane took off at 18: 03, without foreseeing the misfortune that would happen after about 30 minutes. Shortly after taking off, the pilots asked to return to the airport. Some technical malfunctions reported in the cockpit have caused the pilots to return to Moscow.

Stewardess heroine of the flight SU1492

Unfortunately, in the landing procedure, the plane rocked and, finally, the plane hit the runway violently. A fire broke out, which included both engines. Obviously, the plane had full tanks, which led to a large fire even while the plane was still sliding on the runway.

Finally, the aircraft stopped off the runway, and the accompanying passengers operated the slides to evacuate the passengers.

We remind you that there were 78 persons, 73 passengers and 5 crew members on board. Among the latter were Tatyana Kasatkina.

It tells that people rushed to take their luggage, which led to the delay of evacuation. He admits he forced people into the slides and pushed them off the plane.

Unfortunately, 41 people died from this accident. Many of them were behind the plane, and luggage down the aisle made it difficult for them to access the escape doors.

Unfortunately, among the victims is the accompanying passenger Maxim Moiseev. He was in the back area of ​​the aircraft and failed to save himself, but saved other lives.

This shows that, for some passengers, their goods were above the lives of others. I cannot say whether these gestures are made out of stupidity or lack of education, but every second has proven to matter.

Tatyana Kasatkina did her job with her crewmates and they were all heroes. This is their job and that's why I'm on the plane. The accompanying passengers are for the safety of the passengers, not for being waiters. And we will repeat these words always.

The companions on board are not puppets, they are not waiters, they are not photographers. There are people with many responsibilities, and the lives of passengers depend on them. So it would be good and appropriate to respect them, let them do their job and, most importantly, listen to their directions and advice.

DO NOT be stupid passengers!

Aeroflot will pay compensation to all passengers on SU1492 flight