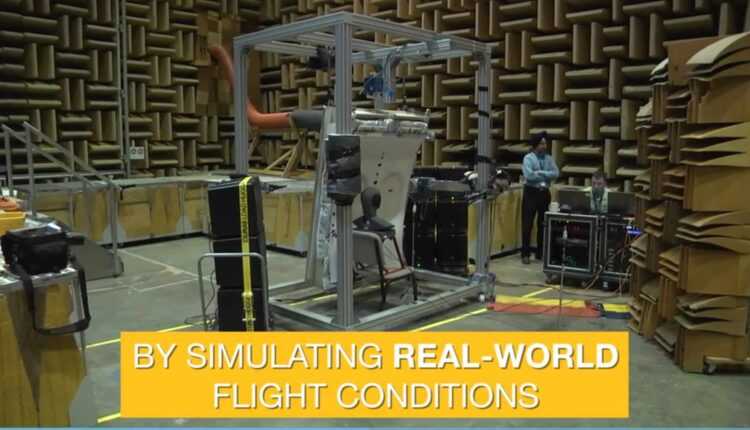 Have you ever wondered the route of a plane from design to flight? Boeing shows us some pictures from the design behind the scenes.

By Sorin Rusi Last updated NEVER Oct , NEVER
0 198
Share FacebookTwitterPinterestLinkedinWhatsApp
Delayed plane? Flight canceled? >>Claim compensation now<< for delayed or canceled flight. You can be entitled to up to € 600.

For a comfortable flight, they aim to get the most soundproofed insulated panels. The tests were performed in an anechoic chamber (without echo).

The microphones were placed around a passenger, and the sensitive accelerometers were placed on the window panel, the latter having the role of measuring vibrations. The speakers reproduced the flight conditions, and the engineers monitored and captured the noise and vibration data.

The information gathered from these tests will help the engineers to design the panels as well as possible, reducing the noise in the window areas.

Boeing plans to deliver the first 777X to the 2020, the year in which the first commercial flight will be operated, if all goes according to plan!