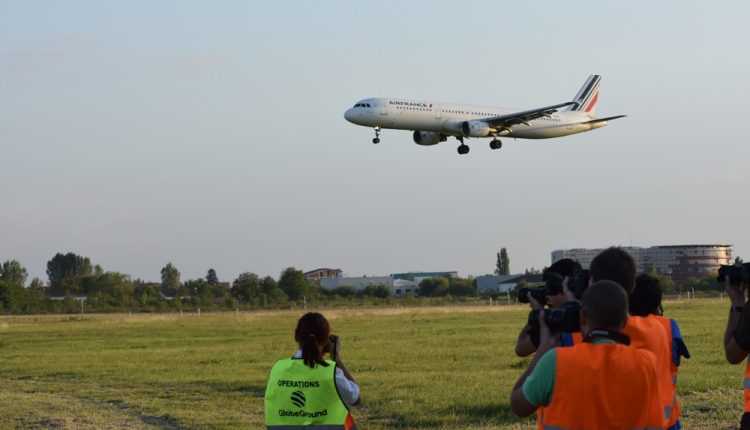 The best places to shoot airplanes in the world

I'm a fan of airplanes and I love to fly. I like to travel and have been doing it frequently for over 10 years. We have collected hundreds of flights and tens of thousands of miles flown. This passion for airlines and tourism comes with the pleasure of watching planes at the airport. Not a few times I glanced at the sky and watched the planes fly, then searched to see. live flight and take over the technical data.

But this passion for airplanes can go further and you get the pleasure of photographing them in the most unique frames. This passion is called aircraft spotting, aerovidology or plane spotting.

There are many airports and friendly places in the world for those who love to photograph their planes safely. Below are five of the best places to shoot airplanes. It is a subjective ranking, with information gathered from dozens of people who practice this hobby, but also from several rankings made on different continents.

Maho Beach in St. Maarten is without a doubt the best place to shoot airplanes. We can say that it is the ultimate place for spotting enthusiasts. From this place, you can photograph planes of different sizes, from the small Cessna Caravan to the powerful Airbus A340. This place is truly wonderful and unique. In addition, you can also try the most powerful "jet blast" here.

In second place is Skiathos International Airport, also known as St. Maartenul Europa. Skiathos is one of the most beautiful islands in Greece, known for its beautiful beaches.

Skiathos can be photographed with small / medium capacity aircraft, most of which are operated by European airlines. The aircraft land at a very low altitude and you can feel the jet of engines.

A great place to photograph airplanes and extremely well known among photographers passionate about spotting is the In-n-out-Burger car park. You will definitely enjoy airplanes and a delicious burger. Thousands of planes land daily in Los Angeles, one of the largest airports on the west coast of the United States. You will be able to shoot from small to large planes, such as the Airbus A380 and Boeing 747.

In Thailand, at the end of the runway at Phuket International Airport, there is a beach where planes can be photographed. We can say that it is St. The Martian of Asia. Enthusiasts will be able to photograph various large planes from Asia, Europe and the Middle East.

Myrtle Avenue is a street in the Hounslow district of London, which is close to the east end of runway 27L at London Heathrow International Airport. Every day, dozens of photography and airplane enthusiasts gather to capture different aircraft in frames. When there are unique / special moments, such as the arrival of a new type of plane, hundreds of spectators can be there, including the general public, as well as ordinary observers.

As I said, the ranking is subjective. We could add more places in Europe, such as Polderbaan runway at Schiphol International Airport from Amsterdam; spotting platform at Frankfurt International Airport; spotting area Manchester Runway Visitor Park; Madrid spotting area and more. From my own experience, I can say that there is a good area for photographing airplanes and la Palma de Mallorca airport, Berlin Brandenburg Airport, Hamburg Airport.

In Romania, airports have not set up dedicated areas for spotting enthusiasts, but they have defined certain places where planes can be photographed. It still needs the approval of the authorities and the spotting card. In the case of regional airports, the enthusiasts go to the field to catch spectacular shots.

5 of the most beautiful destinations in Greece, preferred by Romanians!