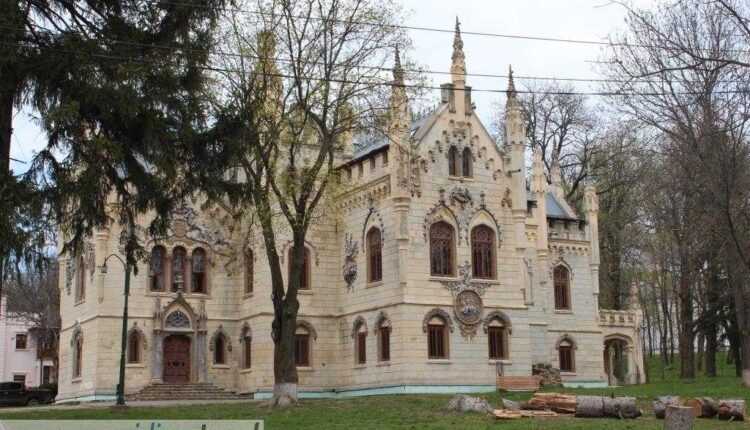 During the period 19-21 April 2013, I visited Iaş at the invitation of Icar Tours. Through the capital of Moldova I was still, but passing and without visiting too many. Iasi is a city that deserves more attention from us and should be promoted more. It is an important university, cultural and economic center, which has a great deal of history and spirituality.

Equally important are the surroundings. During a short walk to Iasi, I had the joy of seeing the “AI Cuza” Ruginoasa Memorial Museum and the Sturdza Castle in Miclăuşeni, both built in neo-Gothic architectural style. I was impressed by the stories around them, the historical load that presses on the walls of the two buildings, but also the people I met. Although the visit of the two palaces was made on the last day of the #vinlaiasi city-break, I prefer to start with this one.

The first stop was at the “AI Cuza” Ruginoasa Memorial Museum, recently renovated and inaugurated in February 2013. Visiting this palace, we experienced an important part of Romanian history, the one written by Alexandru Ioan Cuza, the founder of the modern Romanian State.

The museum looks great, both on the outside and inside. The new museum arrangement includes a documentary space with interactive systems, presenting information regarding the Sturdza and Cuza families, the history of the palace and the Ruginoasa estate.

I met Alexandru Ioan Cuza preaching to the people.

Inside the museum, I saw an interactive touch screen system, the first in my travel experience.

The palace has been restored after a rich documentation. The rooms are those of the old palace and they manage to show the characteristic ambience of the mid-19th century. There is a lot to say and visit, but it is better to let you discover, live your own experiences.

But words are useless when images are misleading. 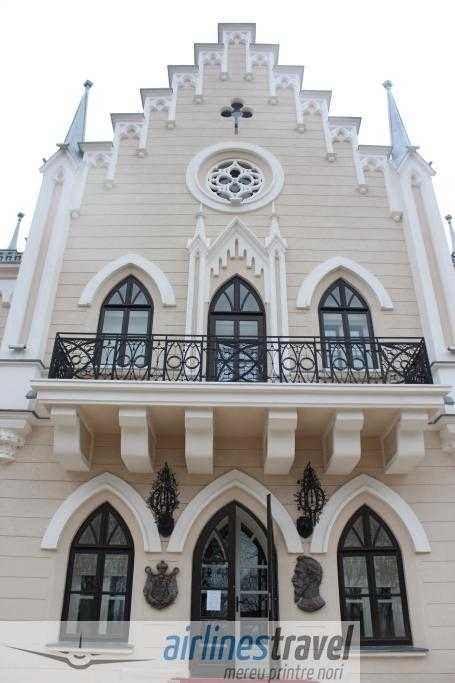 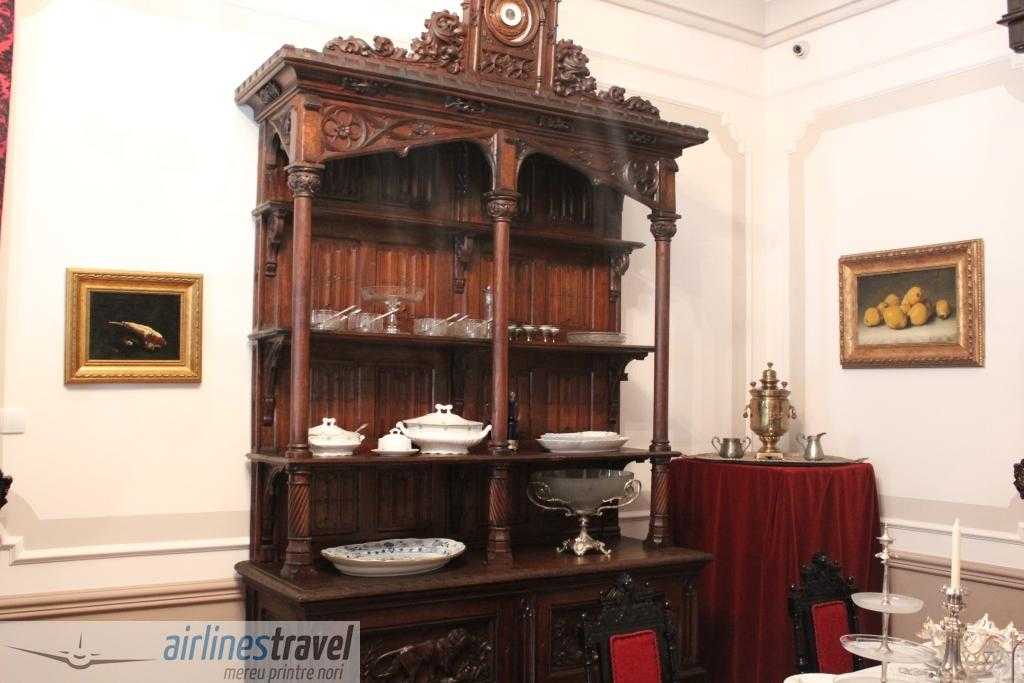 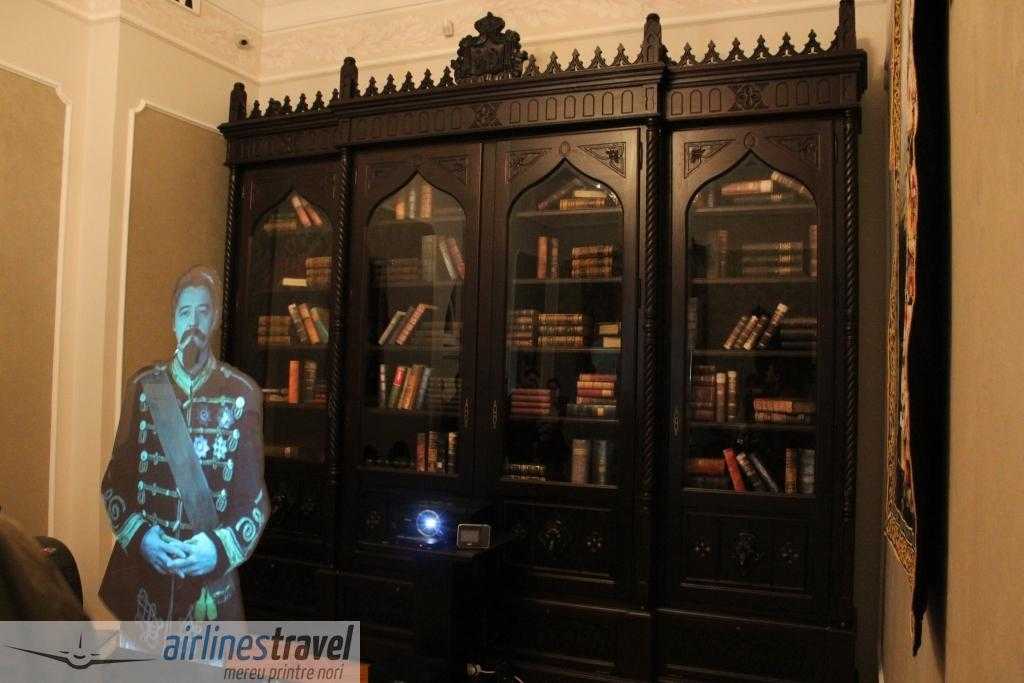 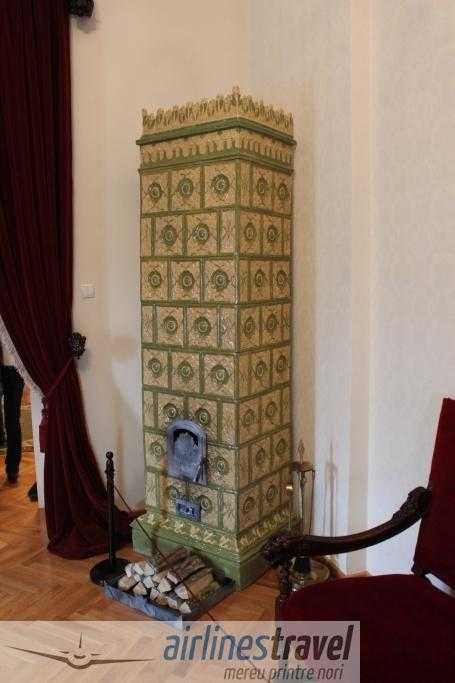 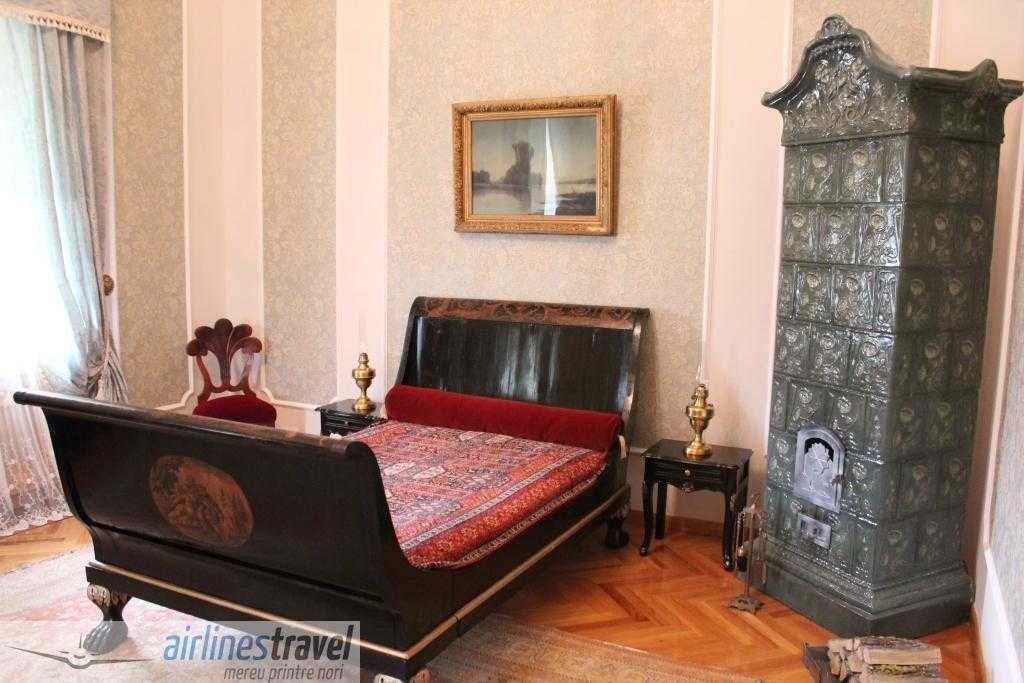 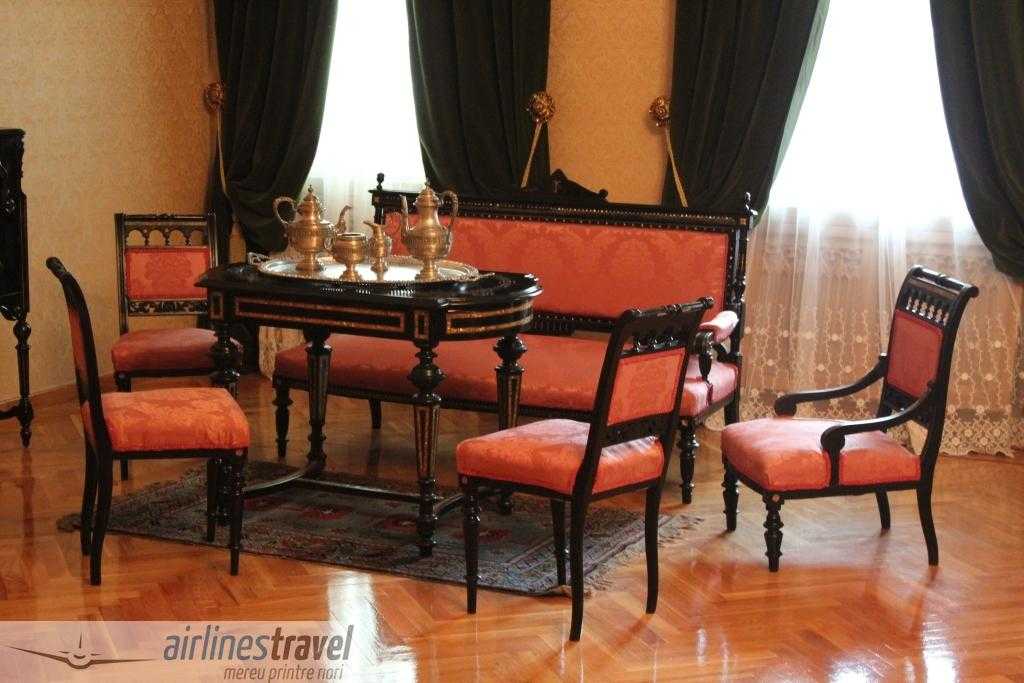 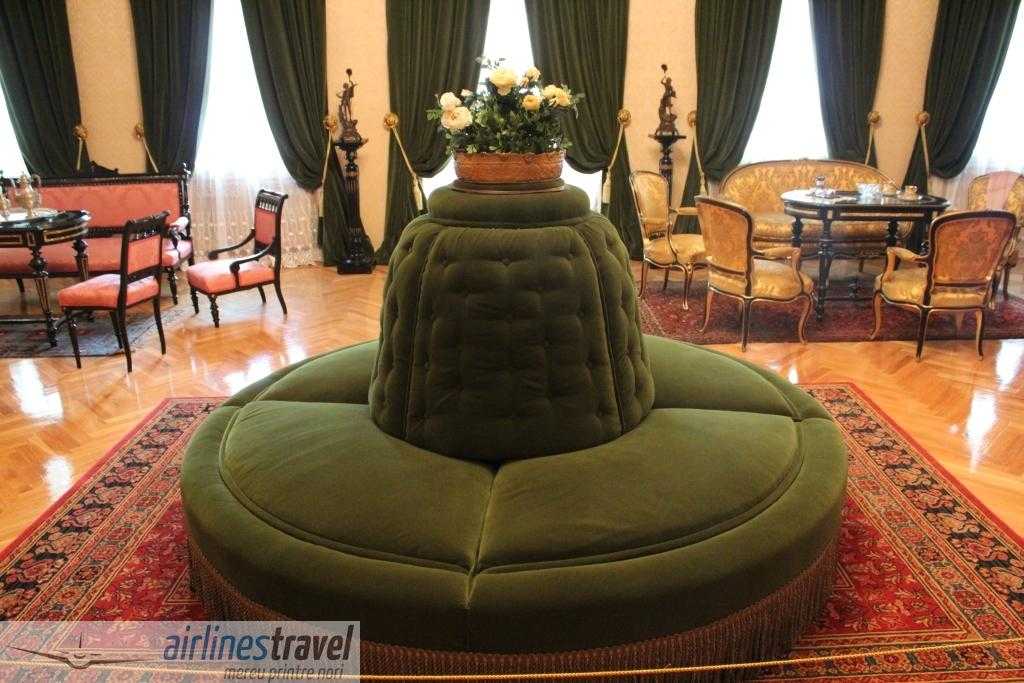 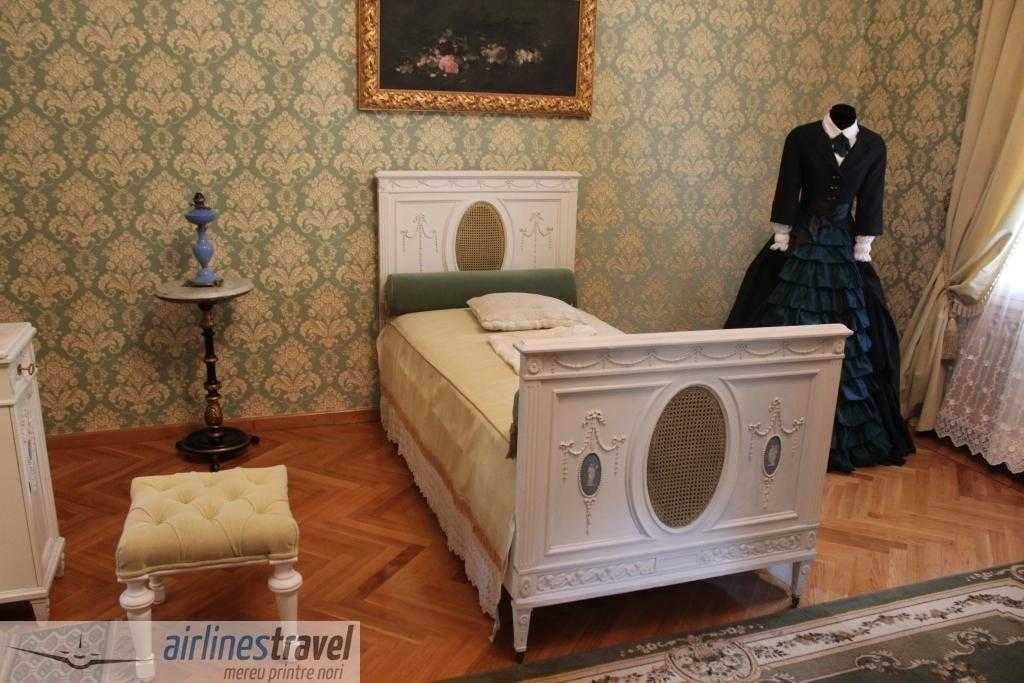 In the old documents, the Sturdza Castle from Miclăuseni appears as a palace, but in the people the name of the castle has remained and so it has been preserved to this day. So I will tell you about a castle that is not a castle. 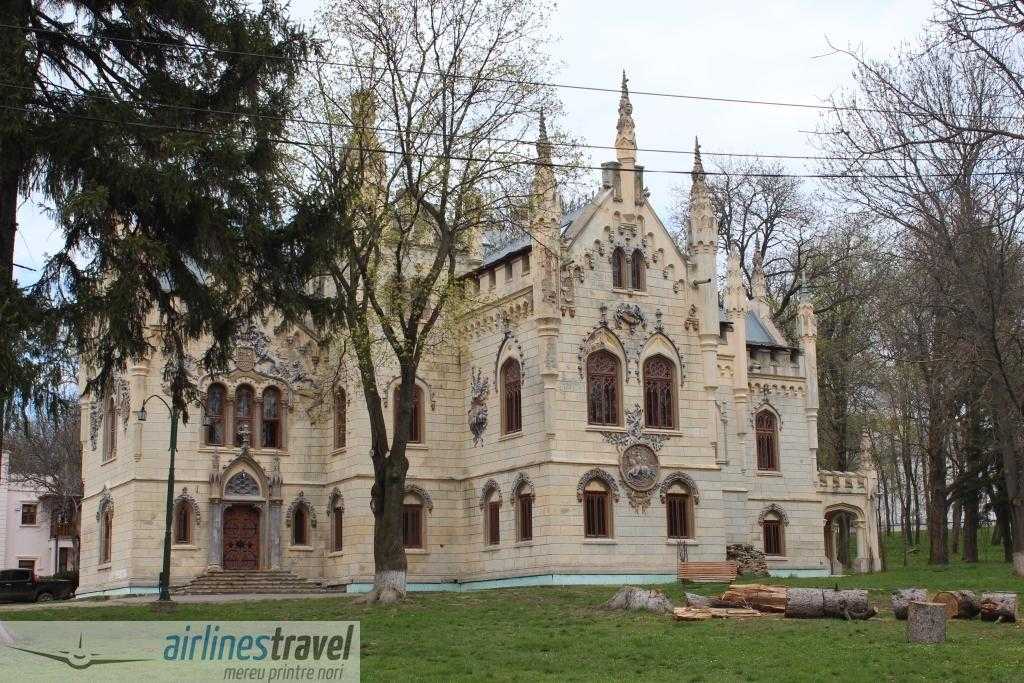 Sturdza Castle it was built between 1880 and 1904, in neo-Gothic architectural style. Its historical value was due to the important collections: of weapons and armor from the 1944th century. 1945th century, of jewelry, of historical exhibits, but the most important was the Library from Miclăuşeni. Unfortunately, almost everything that existed in this castle was destroyed or stolen in the winter of XNUMX-XNUMX.

In 1947, the heiress Ecaterina Sturdza Cantacuzino donates Sturdza Castle to the Roman Bishopric, in order to establish a monastery. Between 1947 and 1953, there was a nunnery in Miclăuseni. But from 1960, the communist authorities turned the castle into a home-school for the mentally handicapped children. In 2001, the park from Miclăuşeni, the land and the Sturdza Castle were relocated to the Metropolis of Moldova and Bucovina. Since then, the place has entered the list of historical monuments and conservation and consolidation works have been carried out.

Sturdza Castle looks good on the outside, but in a state of degradation inside. Great efforts are being made to gather fonts to help restore the castle.

The area is wonderful and quiet. Miclăuseni Park is the largest private dendrological park, with an area of ​​30 ha. In the area there are 61 accommodation places by 2 and 3 stars, and the prices are good. If I understand correctly, the double room is somewhere at 100-130 lei per night and with the morning meal included. There is internet for those who want special places

Also here I met the first church without paintings on the walls, and the dome represents the sky with the stars. It seemed strange, but the little girl who was our guide said that it was donated and maintained. If you want to relax for a few hours, a weekend, a few days, it is worth taking a break in the middle of nature and visit these wonderful places.

Below you have a photo gallery from Sturdza Castle!

- The Miclăuşeni estate is located 67 km from Iaşi;
- 61 accommodation places in rooms with private bathroom, in single, double and triple regime;
- The castle can be visited between 09:00 and 16:00, on Tuesdays - Fridays; between 13:00 and 17:00, on Saturdays, Sundays and public holidays; It is closed on Monday.
- Wireless Internet in specially arranged places;
- You can ask for a guide.

You can order taxis in Otopeni through interactive touch screen systems

TAROM opens the route to Dublin and new frequencies to Amsterdam and Frankfurt, from 1 May