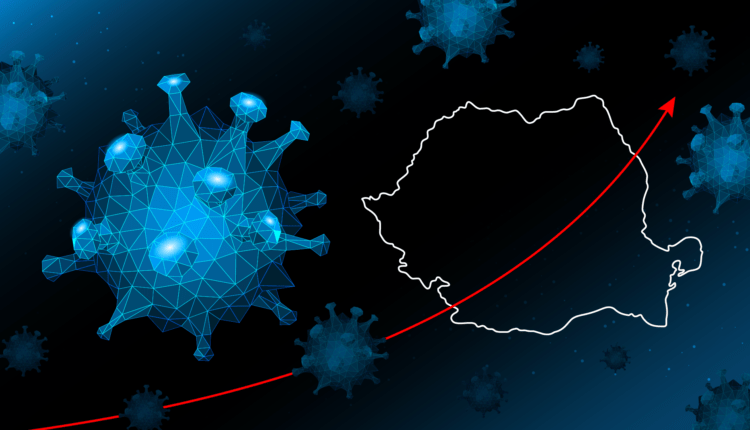 Is the yellow list established by Romania still relevant in the current pandemic context?

Since last summer, the Romanian authorities have decided to classify countries according to the epidemiological index reported by ECDC (European Center for Disease Prevention and Control). In other words, all the countries that are with the index over Romania enter on yellow list (most recent yellow list update was made on April 22nd), and all countries with the lower index of Romania are on the green list.

European Center for Disease Prevention and Control (ECDC) reports an index calculated for 14 days each week. For example, on May 6, 2021, was published the list with the epidemiological index reported for the period April 19 - May 2, 2021.

No one challenged this criterion chosen by the authorities. From July-August 2020 and until now, weekly or biweekly, Romania has announced the yellow list of countries with high epidemiological risk, compared to the ECDC list. For all those who have traveled and are traveling from the countries on the yellow list, Romania has imposed a series of restrictive measures, mostly based on quarantine.

For several months, Romania has announced that it is lifting all restrictive measures for those vaccinated, and for the others, 10/14 day PCR + quarantine tests are required. However, there are many exceptions and as a result many may be quarantined.

Romania's yellow list is no longer relevant in the current context

Time has passed and here we are in May 2021, when it was found that the epidemiological index announced by ECDC (the number of cases per 100 inhabitants over 000 days) is no longer relevant. ECDC updates the epidemiological index based on data reported by each autonomous country and region. It's just that this reporting is no longer unitary and objective. There are countries that do not test and thus announce few cases, even if the pandemic makes many victims, and here we have as examples the African countries. At the same time, there are countries with a high index, but they have a very efficient health system and manage to control the pandemic.

Consequently, is Romania's yellow list still relevant in the current context? In my opinion, Romania should change the criteria for classifying countries in the context of the COVID-19 pandemic. At the same time, it should remove the quarantine, although isolation / quarantine has paid off in the fight against the new coronavirus. Quarantine was effective last year, at the beginning of the pandemic, when there was no vaccine and no effective treatment. But now all European countries have extensive vaccination programs, and anti-COVID treatments are effective. Plus many can get around quarantine by sticking to one of the announced exceptions, so this measure is no longer effective.

Romania should rethink the entire system of classification of countries according to the epidemiological risk, but also the measures applied. Maybe they will adopt the idea "Traffic light" announced by the United Kingdom, but with other measures. The EU wants a unitary green digital certificate (vaccination / testing / immunization certificate), which would facilitate travel to EU Member States. At the same time, the EU wants this without quarantine.

Drawing the line, we conclude that the yellow list is no longer relevant if the current tie-breaking criterion is maintained. The ECDC index, which is announced every Thursday, reported at 14 days, is no longer relevant in the context in which countries have come to report and treat the COVID-19 pandemic differently. Let's hope that the Romanian authorities will change something in the way countries are classified in relation to the pandemic.

ANAT even sent a new open letter to Mr. Florin Cîțu, Prime Minister and Chairman of the National Committee for Emergency Situations and Mr. Claudiu Năsui, Minister of Economy, Entrepreneurship and Tourism, expressing concern about the introduction of the list yellow, of some countries where tourists come to Romania and to which Romanian tourists go.

And Caesar wrote on this topic! Maybe something will change! What do you think?

Ibiza has reopened for tourists after months of isolation and restrictions.