In the last days, KLM has come out with the presentation of the aircraft Boeing 777-300ER #Orangepride. B777 (PH-BVA) is the first KLM aircraft painted in a special livery, which combines the color of the Dutch orange with the traditional blue KLM. In the transition zone between the 2 colors, the flag of the Netherlands was introduced.

Below is a time-lapse made by KLM, which presents the dyeing process of the aircraft. 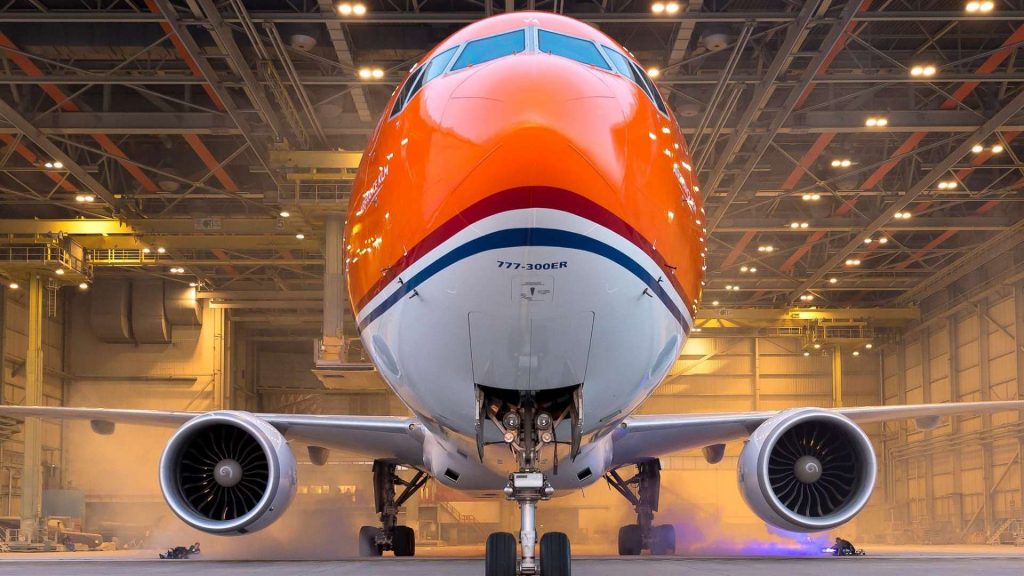 For the new color scheme, KLM used 335 of liters of paint. The colors were applied in multiple, thin layers, requiring less paint. The new livery was applied in 4 days, using a team made up of 35 people. Other figures: 2000 of abrasive sponges used for sanding, 100 of cloths to remove dust.