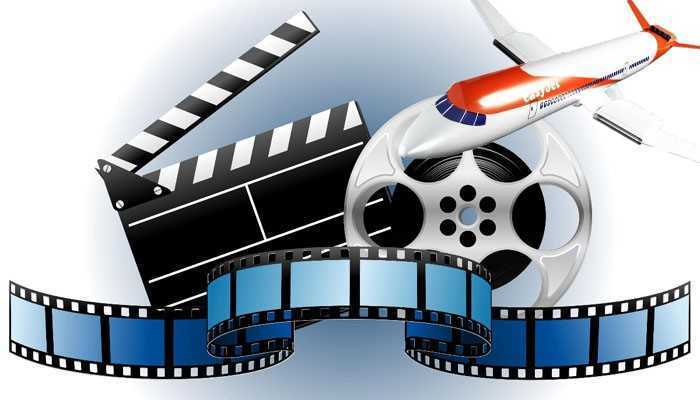 TOP 10 movies with and about travel. Discover the destinations! (video)

The year 2020 was a special year, from all points of view. There is only one day until we enter the new year, and the evening between the years we will spend it at home or in a very small group.

If we could not travel this year as we would have liked, I propose a T.OP 10 movie with and about travel. Even if we couldn't visit new places, that doesn't stop us from daydreaming or, why not, planning our future trips right to the destinations in the movies.

10 movies with and about travel

The film is a kind of "American Pie", but it takes place in Europe. It's a movie that's perfect for a Saturday night.

The film shows the journey of 4 American teenagers who left with their backpacks in Europe for the summer, looking for a girl. The 4 adventurers arrive in London, Paris, Amsterdam, Bratislava, Berlin and Rome and have countless funny events.

We all dream of traveling to Paris, especially ladies :). It is one of the few cities in the world where you can never get bored. No matter how much you explore, there will always be something new to discover or a place where you will feel a unique atmosphere. For me, that place is Versailles.

Paris, je t'aime brings together 18 love stories, each filmed in a different neighborhood in Paris, representing a monogram of the city and its inhabitants. The film had 20 directors who contributed to its realization, they created emblematic characters, with romanticized or dramatic life stories, which we could find every day.

A room with a view is a screenplay of the eponymous novel written by EM Forster, starring Helena Bonham Carter and Julian Sands. Lucy Honeychurch (Bonham Carter) is a young woman from Surrey who arrives on holiday in Italy, together with the conservative Charlotte (Maggie Smith), her older cousin and also her companion.

In Florence, Lucy meets the charismatic George Emerson (Sands), whom she is instantly attracted to.

Jesse is a writer from the United States, and Celine is a French employee of an environmental company. The two met 2 years ago on the Budapest - Vienna train and lived a little love story.

Currently, the two meet again in Paris, when Jesse launches his new book. As they have only a few hours until his plane takes off, the two take advantage of the little time they have and walk around the city, unravel their memories and try to see if their love still exists, although Jesse is married and has a son…

Max Skinner is an Englishman who has dedicated his life to the scholarship he works for and which brings him a fabulous income. When he inherits a vineyard in Provence from an uncle of his, he goes to France to sell the property.

There he meets Christie Roberts, who claims to be Uncle Harry's illegitimate daughter and who, under French law, is the legal heir to the estate.

Suspecting something unclean, Max begins to question his "cousin" "Investigation" will guide them to some spectacular discoveries that will change their lives.

5. Under the Tuscan sun

Have you ever traveled to a place you like so much that it makes you want to live there forever?

Frances Mayes (Diane Lane) impulsively buys an abandoned villa while on a 10-day vacation in Tuscany. She is determined not to return to America, so she embarks on a new path in the heart of Italy. It is a film full of humor, romance and beautiful landscapes, which will ignite your desire to visit the wonderful lands of Tuscany.

Johnny Depp plays an American tourist whose flirtation with a stranger will endanger his life, but which will end with a love story.

While on an unplanned trip to Europe to heal his wounded heart, Frank (Depp) meets Elise (Angelina Jolie), a sensational woman who intentionally gets in his way. Against the romantic background of Paris and Venice, their story evolves rapidly when the two find themselves involved in a deadly game of mouse and cat.

James Bond, codenamed 007, is a character in Ian Fleming's novels and James Bond film series. The character in the novels was modeled after agents from the British counterintelligence service MI5 and MI6, soldiers in commando troops and probably his mundane character is autobiographical.

In his novels, Ian Fleming does not set an exact date of birth. His birthplace is supposed to be in Switzerland. Bond was married, albeit for a short time, to be known for his many adventures with the opposite sex, called the "Bond girls."

If you want to walk around the world and at the same time take action against the bad guys, James Bond will surely fulfill all these desires.

After a series of unhappy relationships, Liz Gilbert (Julia Roberts) takes a sabbatical from work to travel the world. Her journey takes her to Italy, India and finally to Bali, in an attempt to discover herself.

It is a romantic story, sad and full of lessons. The beautiful images from the 3 locations awaken our desire to travel and discover new places. The movie can be watched on Netflix.

The film tells the tumultuous story of friends Vicky (Rebecca Hall) and Cristina (Scarlett Johansson), two Americans who came to Barcelona to spend their summer vacation.

Although the two have been very close friends since college and share the same ideas and tastes about most things, when it comes to love, they are diametrically opposed. Vicky is engaged to a man who gives her stability and affection. Cristina has other expectations from love and considers that suffering is an indispensable component of the condition and thus, accepts it as such.

In Barcelona, ​​the girls meet Juan Antonio (Javier Bardem), a charismatic painter with an eccentric lifestyle and who likes to live his life in a libertine style, according to his own ideas and ideals. Fresh out of a divorce that shook the art world in Barcelona, ​​he attracts the two in a series of unconventional romantic adventures.

We hope you like our recommendations and enjoy the holidays with your loved ones, at least in your heart if it will be more difficult physically.

Let's hope that the year 2021 will be milder with us. Happy Birthday!