Starting from the idea that you want a quiet holiday and away from the crowds, today we tell about 5 less known exotic luxury destinations. For a pleasant holiday you need to feel at home, have a relaxing part. The source of this top is www.departures.com, but I allowed myself to intervene with minor changes and completions. The information and photos were taken from wikipedia.com

1. Ischia Island - Italy. With an area of ​​46,3 square kilometers, it is the largest island of the three located in the Gulf of Naples - Capri, 30 km away from Naples. Being of volcanic origin, it has a mostly mountainous relief.

The largest city on the island bears the same name - Ischia, and it has two centers: Ischia Porto The shopping center and Ischia Ponte - the area that includes and surrounds the bridge that connects the Aragonese Castle to the island. Other cities on the island of Ischia are Lacco Ameno, Casamicciola, Forio, Barano d'Ischia, SantʻAngelo and Serrara-Fontana.

Although the island of Capri is the most famous of the three in the gulf, Ischia is considered to be more beautiful, especially because the place benefits from rich natural resources - hot springs, volcanic mud and valuable mineral waters.
The most popular spot on the island is the Negombo Thermal Park in the city Lacco Ameno.

2. Mafia Island - Tanzania. An ideal place for long walks on white sand beaches, relaxation, diving and fishing in the Indian Ocean. The place is not very trafficked. The Mafia island is visited on average by about 1.000 of tourists annually. The island is accessible by plane from Zanzibar or Dar Es Salaam. The local airport is called Mafia Island Airport.

While Zanzibar has become a popular resort among tourists from around the world, the island of Mafia, located 160 km south, is still a hidden paradise.

There are six settlements on Mafia Island: five of them are in Chole Bay - Chole Mjini, Kinasi Lodge, Mafia, Pole Pole and Shamba Kilole, and the last is in the western part of the island - Ras Mbisi Lodge. The island's population is about 40.

3. Reunion Island - France. Reunion is a French volcanic island (part of the French Republic) of the Indian Ocean, about 804 km from Madagascar and 9.200 km from Paris. The island has an elongated shape, with a length of 63 of km and a maximum width of 45 of km and a total area of ​​2.512 of square km.

In this beautiful place you can reach by plane. The airport is called Roland Garros and it operates several airlines including Air France and Air Austral, the latter having the main hub.

The local culture has a mixture of European, Asian and African influences, which give rise to a unique atmosphere. The poet Charles Baudelaire has repeatedly visited this island, which he considers a muse.

4. Koh Surin Nua - Thailand. This island is one of the five that forms the Mu Koh Surin National Park in Thailand. Unlike the other destinations presented above, here you have the chance to be the only visitor. Why? The only access is by boat from the neighboring islands. Access is made from November to May, the rest of the year the park is closed.

The island benefits from lush vegetation and white sand beaches, while also being a suitable place for snorkeling, diving and swimming (it is said to be one of the best diving locations in Thailand). Ideally you would be staying, for example on the island Phuket or Khuarburi, and take a day or two trip here.

In Koh Surin Nua you can stay in Mu Koh Surin National Park, either in rustic huts or in the campsite.

5. Patmos - Greece. It's a small island in the Aegean. It is the most northerly island in the Dodecanese Archipelago. It has a population of 2.984 people and an area of ​​34,05 km². The highest place is Profitis Ilias, 269 meters above the sea. The municipality of Patmos is a suburb of the Greek city of Kalymnos 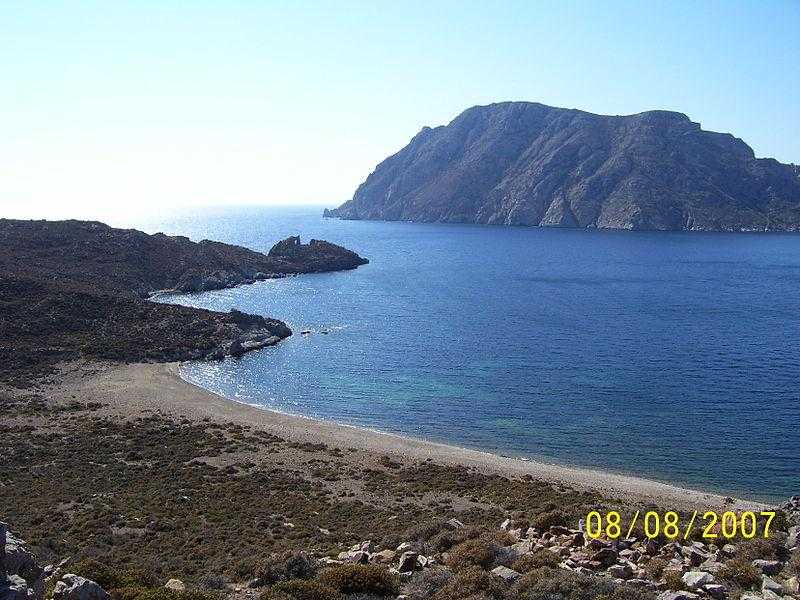 How do you get here? You can take the ferry from Samos, Kos or Leros. Like Skiatos, Patmos has beautiful beaches and a magical atmosphere.