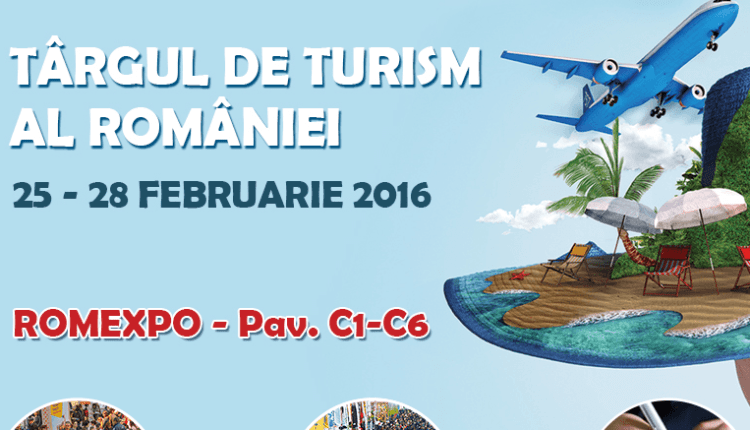 I also requested information about the airlines present at the Romanian Tourism Fair. TAROM and Blue Air will have independent stands, but we expect to see other airlines: AirBerlin, EL AL etc.

The official opening program is as follows:

Now 13.00
• Press conference organized by the National Tourism Authority at the ANT stand in the C3 Pavilion.

The events organized at each stand can be consulted on the official website of the fair, www.targuldeturism.ro, in the Related Events category.

The program of the Romanian Tourism Fair also includes a series of conferences for all those who work in this field, as well as visitors. Thursday, 25 February this year, the Chamber of Commerce and Industry of Romania organizes from 12.00, in the Sala Bălcescu, the conference "Implications of legislative changes in the fiscal field for economic agents in the tourism sector and the hotel industry", Academy of Economic Studies through the Faculty of Business and Tourism invites the public to the seminar "Bucharest: time and space for tourism" and the Federation of Employers of Romanian Tourism organizes "Meeting of employers' organizations in tourism: FPTR, ANAT, ANTREC, OPTBR, FIHR".

On Friday, 26 February this year, the Patronal Organization of Spa Tourism of Romania (OPTBR) organizes the seminar with the theme "The seaside resorts are preparing for the European market" and the National Tourism Authority will hold the conference with the theme "Promoting the tourist destinations in Romania in the vision of the hoteliers".

The exhibitors will prepare daily, on the stage of the Tourism Fair, artistic events for the visitors present. Also, Romexpo together with ANAT, FPTR, OPTBR and ANTREC will organize during the 25-28 February 2016 the third edition of the "Tourism Exchange for specialists in the field".