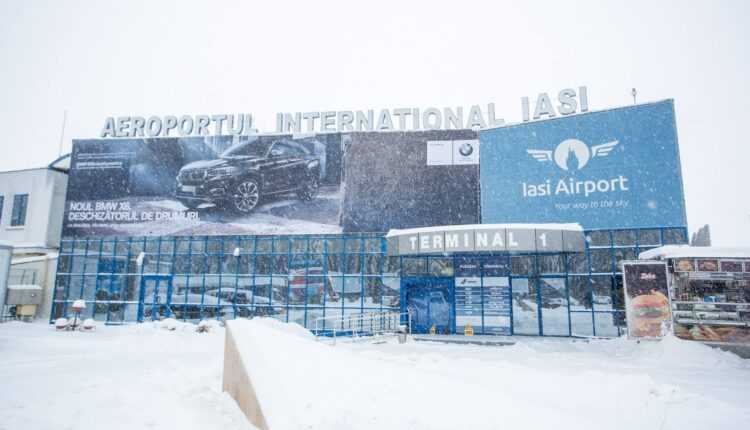 Despite the extreme weather conditions and the snow and blizzard codes issued by meteorologists, Iasi Airport remains operational and open to air traffic, without restrictions. The flight delays in the flight schedule have not been due so far to Iasi International Airport.

Although the heavy snow registered since yesterday blocked several national and county roads, Iasi Airport was kept open, the ground conditions being in the optimal parameters for the safe landing and take-off of the aircraft. The continuous intervention was carried out, practically 24 hours a day, with all the special equipment destined for these operations, in a coordinated way, in order to remove the snow deposits from the movement surfaces and to maintain very good braking coefficients.

Thus, the braking coefficient obtained on the runway of Iasi Airport is 0.44, given that the value of 0.5 is considered exceptional and is frequently obtained only in the summer-autumn periods when there are no snow deposits.

At the level of the entire country, Iasi Airport registers the best braking coefficient, together with Cluj Airport, although our region is under the rule of much more unfavorable meteorological phenomena.

Given the fact that many road sectors are blocked due to massive snow deposition, we do everything we can to ensure Ias and the neighboring region this communication path, in order to avoid isolation of the community even for short periods of time.

At this moment, Iasi International Airport is equipped with extremely high-performance intervention equipment, dedicated especially to the aviation sector, whose characteristics make it possible to decontaminate movement surfaces for aircraft in an extremely short time.

In the past years, before 2012, in the absence of these obligatory facilities, with equipment falling under the safety category, the operational maintenance of Iasi Airport was practically impossible, regardless of the effort made. Today, we want the civil aviation market, the airlines, to know that Iasi Airport has a landing / take-off infrastructure to the highest standards and is equipped with equipment that can keep the airport operational and in extreme conditions of snowfall. This means attractiveness, predictability in operation and ultimately profit. We expect in the next period, under these extreme weather conditions, to receive in Iasi more flights that were intended for neighboring airports.

Of course, there may be situations when the wrath of nature makes impossible any type of human intervention, no matter what airport it is, but, apart from those moments we want to remain a positive landmark in the civil aviation infrastructure ", said Mr. Marius BODEA, President of the Board of Directors of Iasi Airport.