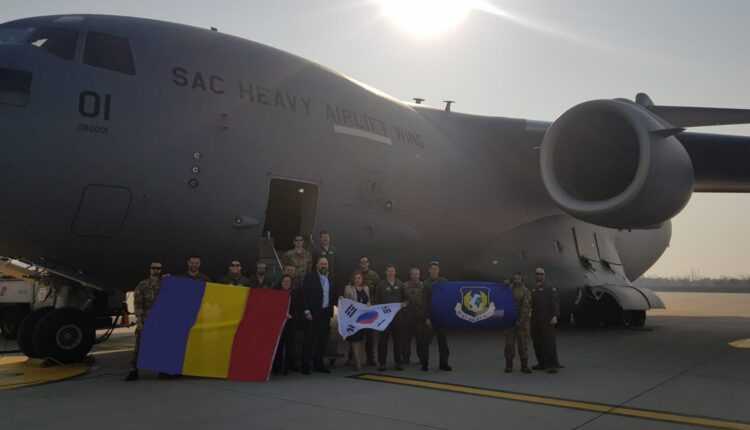 By Sorin Rusi Last updated NEVER TUESDAY. , NEVER
0 1.965
Share
Delayed plane? Flight canceled? >>Claim compensation now<< for delayed or canceled flight. You can be entitled to up to € 600.

The Ministry of National Defense has requested the Strategic Air Transport Capability of NATO, operating from the Pope's Air Base in Hungary, to carry out an emergency air mission, for the transport of approximately 45 tons of medical equipment from Seoul to Bucharest.

The equipments, 100.000 protection suits, were purchased by the Romanian state through the National Centralized Procurement Office, within the efforts to combat the effects of the COVID-19 pandemic in our country.

The flight is performed with a C-17 Globe Master III aircraft, within the quota of flight hours allocated to Romania, as a member of the Strategic Air Transport Capability.

One of the commanders of the crews operating the aircraft during this mission is Lieutenant-Commander George Crăciun, pilot of the Romanian Air Force, seconded within the Strategic Air Transport Capability.

The aircraft will land on Otopeni Airport on Thursday, March 26.
The MApN press office will make available to journalists images from the moment of arrival of the NATO aircraft and the transfer of the equipment in the means of road transport.

Over 17000 aircraft are detained on the ground during COVID-19

RYANAIR retains over 90% of the fleet for the next 2 months. Essential flights will be operated.