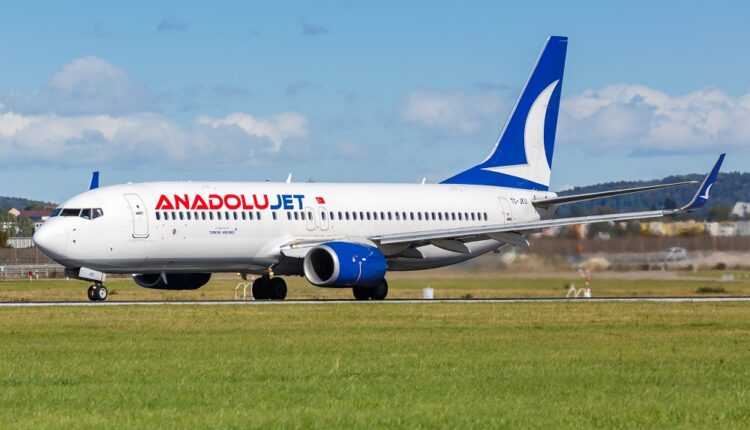 Turkish airline Anadoluyet (subsidiary Turkish Airlines) will launch direct flights from Ankara to Amsterdam, Tehran, Kiev, Cologne, Munich, Basel, Geneva and Lyon. This was stated by the head of the Board of Turkish Airlines Ilker IG. According to him, the new flights are part of the "connect Ankara with the world" campaign.

IG noted that despite the fact that the new coronavirus pandemic caused major damage to aviation, tourism and services, Ankara Airport had a passenger air traffic similar to that of 2020 in 2019.

"Thanks to the new destinations, we will be able to increase the number of flights by 30% compared to the pre-pandemic period"Said the head of the board of Turkish Airlines Ilker IG.

"Starting this spring, we will operate 56 flights a week to 22 destinations. The flights will be operated by the subsidiary AnadoluJet. We will connect compatriots living abroad, entrepreneurs, tourists, everyone. AnadoluJet will operate direct flights to 8 cities in Germany, 2 cities in Austria, Denmark, Sweden, France, the United Kingdom, Azerbaijan, Iraq, the Netherlands, Iran, Ukraine and Switzerland. These include 8 new destinations - Amsterdam, Tehran, Kiev, Cologne, Munich, Basel, Geneva and LyonSaid IG.

According to the head of the Ankara Chamber of Commerce (TPA), Gursel Baran, "Esenboga" has managed to increase the number of direct THY flights abroad on 18 international routes, and the frequency up to 46 flights per week.

The head of the chamber stressed the importance of direct flights for export development, increased revenue from contracting services, health and tourism in the Ankara region. According to him, in this regard it is necessary to launch direct flights to cities such as Almaty, Ashgabat, Bishkek, Tashkent, Cairo, Amman, Beirut and Erbil.