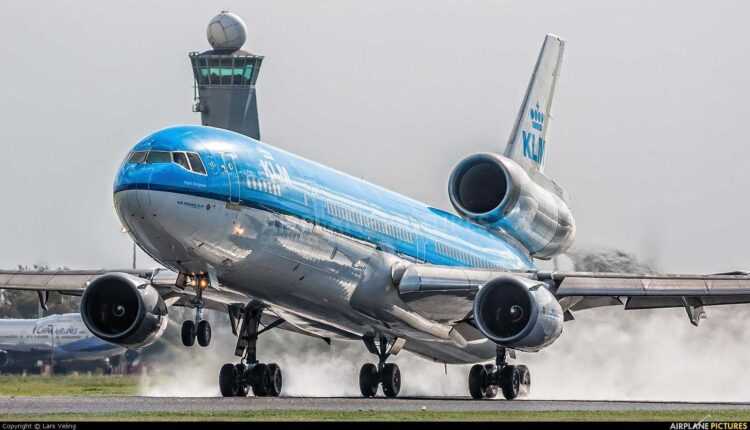 Have you ever wondered where planes end up when they retire? Most reach the "cemeteries" of aircraft, and one of them is Victorville, United States of America.

Most aircraft stored in such places become dismantled and recycled. In recent years, the cemeteries have seen more and more airplanes parked as a result of the economic recession, but also the early retirement of some older models.

Also part of the category of early retirement airplanes McDonnell Douglas MD-11 (PH-KCK), a copy that entered the fleet KLM in March 1997. It was withdrawn from the operating system on 2 December 2013, the date on which KL9865 operated to Victorville, USA. The flight lasted 10 hours and 25 minutes. The aircraft was named "Ingrid Bergman" after a Swedish actress.

Currently, KLM still operates 3 McDonnell Douglas MD-11, but he will retire them all this year. The last one will leave the fleet on October 25 2014.

Airbus A350 XWB has arrived in Doha (video)

Bucharest - Stockholm with TAROM from June 2, 2014