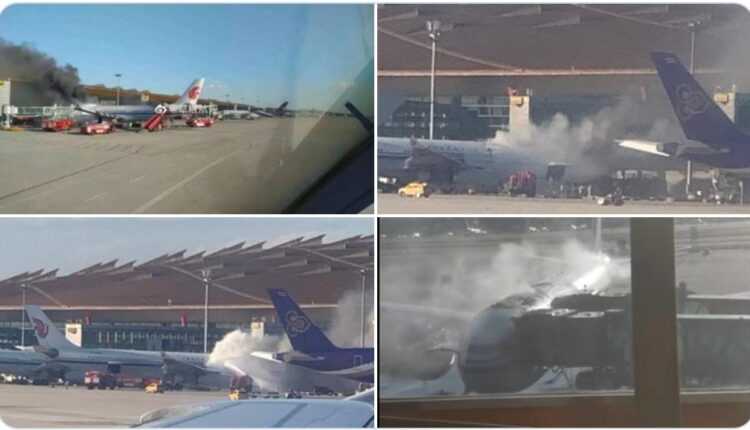 On August 27, the Airbus A330-300 (B-5859, built in 2014) aircraft caught fire at Beijing Capital International Airport. The fire broke out in the front cargo compartment.

Airbus A330-300 Air China had operated flight #CA976 on Singapore-Beijing route. After the plane reached the landing gate, a dense smoke engulfed the aircraft, and the flames spread from the cargo area. The fire started during the landing process. There are rumors that the plane was actually ready for the flight to Tokyo, and the passengers were boarding.

From the existing information, there were no injured persons, which does not matter if they were embarking or disembarking. All passengers and crew members were evacuated, and the intervention teams managed to clear the fire.

Unfortunately, the aircraft for only 4 years and 9 months suffered significant, irreparable damage, which will result in its cancellation. Most likely, untouched flame components will become spare parts for other A330 aircraft in the Air China fleet.

There is an ongoing investigation to determine the causes that led to this fire.