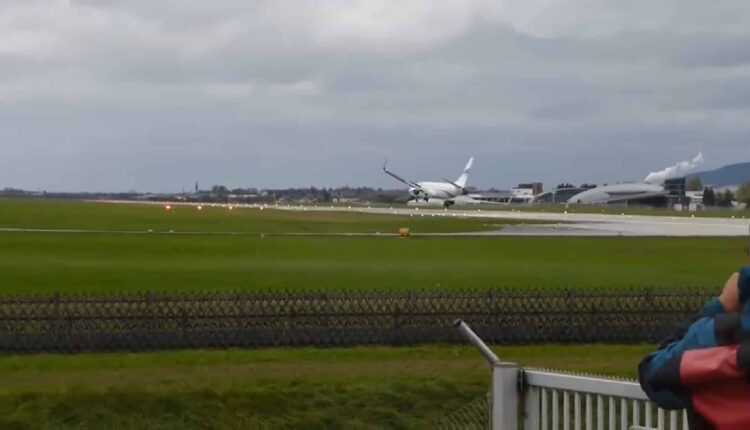 29 October 2017 brought storms on the old continent. Strong shear winds were also recorded in Salzburg, where aircraft crews were in difficulty.

A few seconds before the touchdown, a strong wind from the side caused the aircraft to lean far to the right, being close to reaching the ground with the wing.

Just a tragedy in Salzburg

For the passengers of this race, the day of 29 October 2017 will remain in their memories for a long time.