A Boeing 747-400F lost parts of an engine near Maastricht, two slightly injured 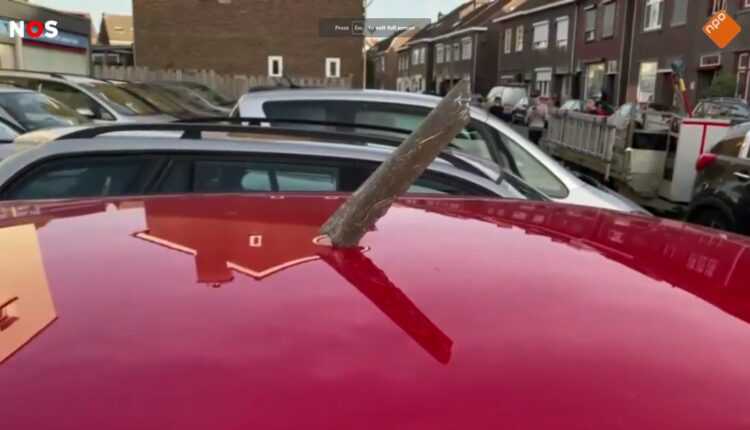 A Boeing 747-400F lost parts of an engine near Maastricht, two slightly injured

By Sorin Rusi Last updated NEXT Feb , NEVER
0 598
Share
Delayed plane? Flight canceled? >>Claim compensation now<< for delayed or canceled flight. You can be entitled to up to € 600.

A Boeing 747-400F (cargo) of Longtail Aviation in Bermuda had problems with one of the engines immediately after takeoff from Maastricht Aachen Airport. The Boeing 747 left around 16.10 from Maastricht airport to New York.

One of the four Boeing 747 engines caught fire shortly after takeoff and lost parts of the turbine blades, an airport spokesman said. The aircraft flew with three engines and landed at the Belgian airport Liège.

The engine parts fell in an inhabited area near Meerssen. Two people were injured. An elderly woman needed medical attention and was taken to hospital with a head injury. A child burned after picking up one of the wreckage.

Cars and homes were also damaged. At this time, the extent of the damage is unknown. Police are warning people not to touch the wreckage of the plane, but to call the authorities.

Dutch authorities have launched an investigation into the plane crash.

The plane involved in this accident is a Boeing 747-400 model, indicative of VQ-BWT. He is about 30 years old and has been flying in the Longtail Aviation fleet since November 20, 2020.

Unfortunately, February 20 was not very good for aviation. A similar accident occurred in the United States. The engine of a Boeing 777-200 United suffered major damage immediately after takeoff

The engine of a Boeing 777-200 United suffered major damage immediately after takeoff. The remains fell in an inhabited area!