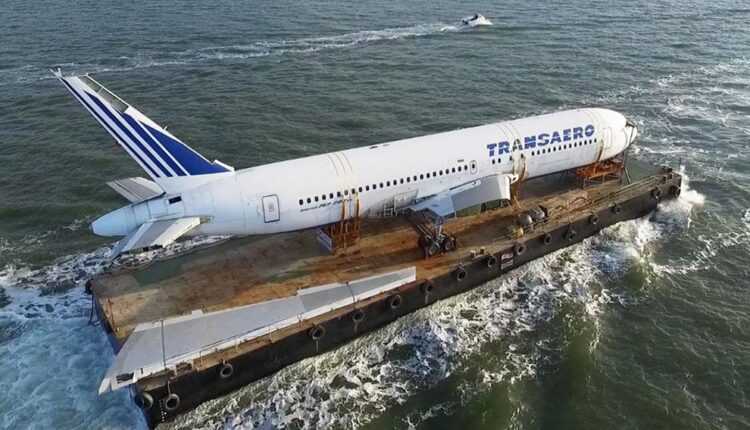 Businessman David McGowan purchased a decommissioned Boeing 767-200ER from Shannon Airport, Ireland. The aircraft operated under the colors Transaero, a Russian airline that ceased operations on 25 October 2015. The businessman only paid 20.000 EURO for a Boeing 767-200ER aged 30. 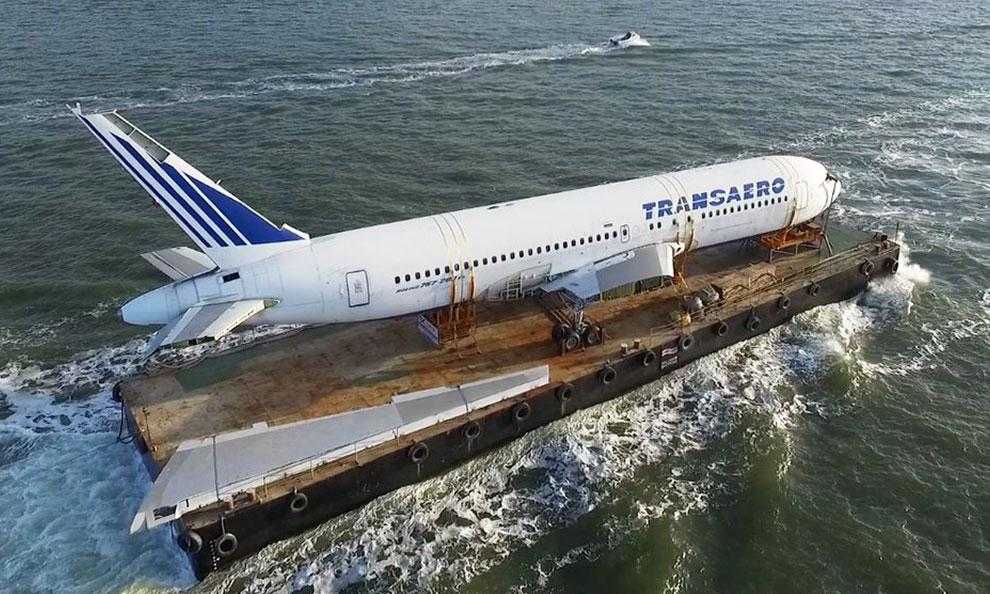 Initially, David McGowan decided to transport the plane on a lorry's platform, but local authorities refused to approve the special-purpose road transport, claiming that there are many electric / telephone cables and traffic lights on the desired route.

Eventually, the plane was moved on a barge and transported by water, along the west coast of Ireland, to its final destination. An 150 tonne crane was used to lift the aircraft onto the hull, and the journey took 36 hours.