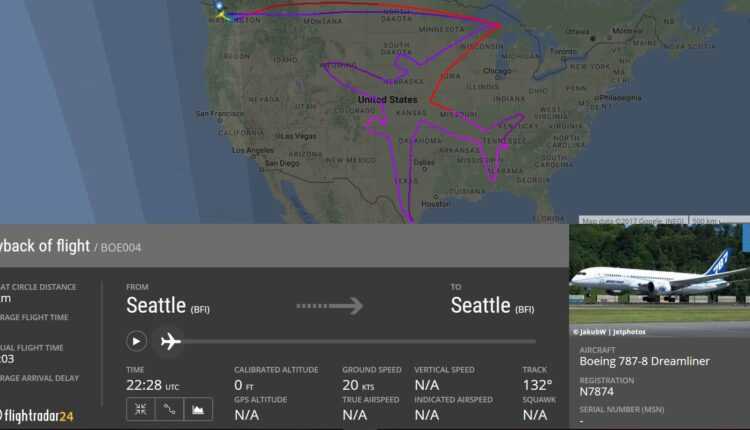 Today, a Boeing 787-8 Dreamliner aircraft has "drawn" its silhouette in flight. It was a special test flight.

The aircraft Boeing 787-8 Dreamliner (N7874) operated the test flight BOE004. Following this, we could admire the shape of a Dreamliner "drawn" on the American sky. 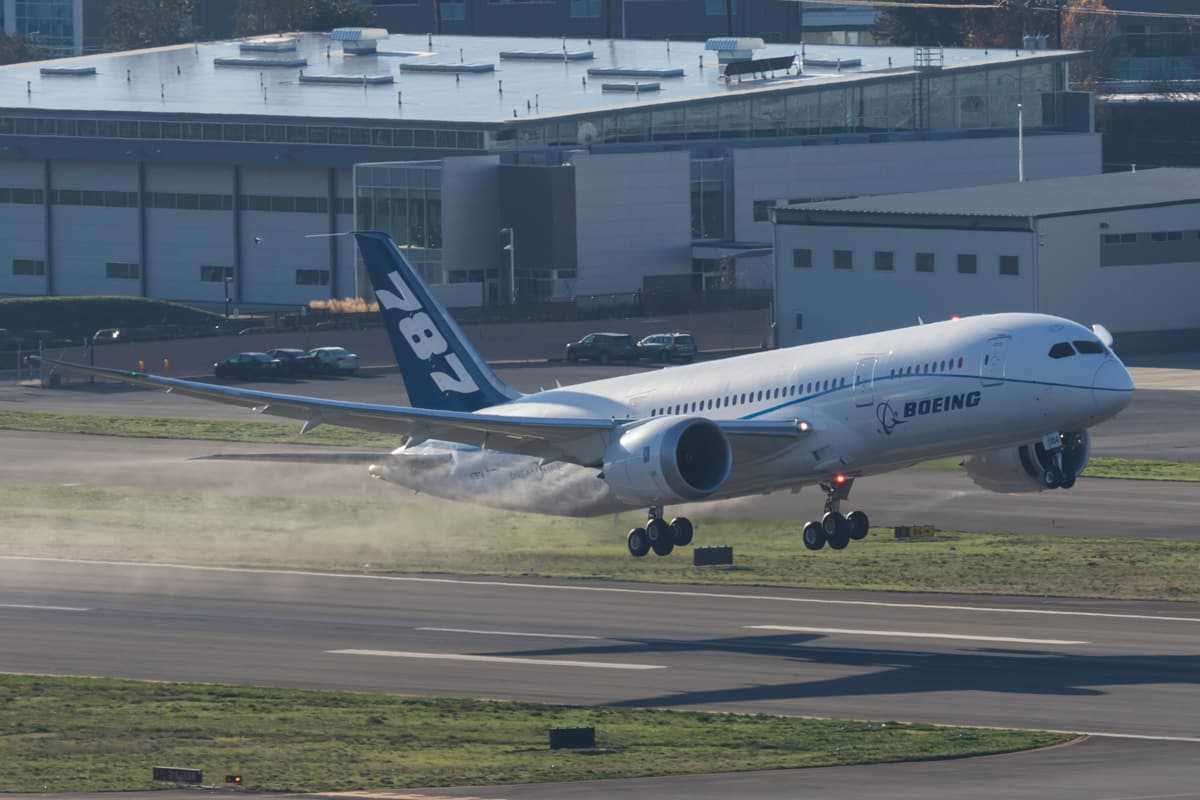 It departed from BFI (Boeing Field) Airport, Seattle, Washington and operated the ETOPS Certified Special Flight, which lasted 18 hours and 3 minutes. During this time, they were traversed approximately 16000 miles above the 22 of American states, well beyond the standard range encountered on a Dreamliner.

When you have to test your new @RollsRoyce engine for 17 hours, you might as well have a bit of fun. pic.twitter.com/8IrBDzomHH

Currently, the longest commercial flight operated by an 787 Dreamliner is on the San Francisco - Singapore route. The distance of about 13 600 kilometers is traveled in about 16 hours and 25 minutes. As of March 2018, Qantas will operate direct flights on the Perth - London route. Boeing 787-9 Dreamliner aircraft will travel the 14498 miles in approximately 18 hours.

But let's get back to the BOE004 special flight. The performance was made possible by the new ones Rolls-Royce Trent 1000 TEN engines that equipped Boeing 787-8 Dreamliner (N7874). They will also propel new 787-10 Dreamliner aircraft.

It was an endurance flight through which Boeing demonstrated the reliability of Dreamliner aircraft, as well as the performance of Trent 1000 engines.