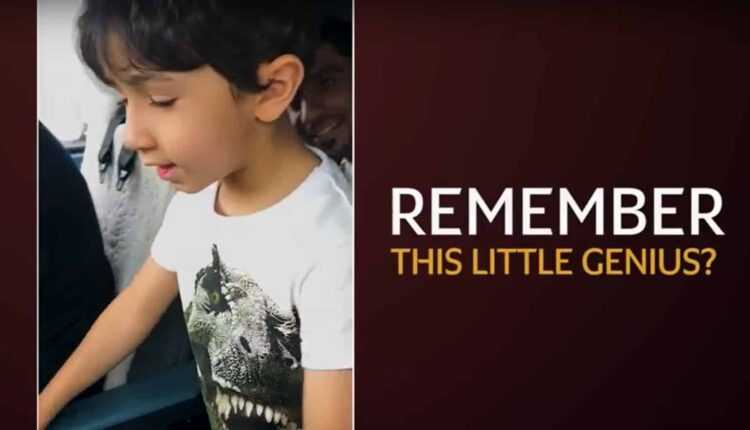 In October, the story of an 6-year-old boy, who is very passionate about airplanes, has circled the planet. At 5 years and 11 months, on an Etihad Airways flight, young Adam expressed his knowledge of airplanes and flights.

I told you that the passion for aviation has no limits. I have written numerous news about people passionate about airplanes and aviation. I published the beautiful stories of some young people who became aircraft commanders: Anny Divya, the youngest female Boeing 777 aircraft commander; Kate McWilliams, the youngest pilot in commercial aircraft. And in Romania we have beautiful examples, too Andreei Lițescu's story I think is the best known.

Today I come up with another beautiful and moving story. Young Adam managed to amaze millions of people with his knowledge of aircraft and aviation.

In October, following a flight with Etihad Airways, Adam wanted to get in the cockpit of the aircraft. The cabin crew allowed him to enter after the aircraft landed. Here he was met by Commander Samer Yakhlef, who also shot him.

The child, a fan of airplanes and flights, started talking about emergency procedures, equipment and operating systems. Proof that passion has no age limits, Adam managed to amaze the riders with his notions.

The video has gone viral on the Internet, but also at the airline in Abu Dhabi. Seeing the young man's dedication and passion for airplanes, Etihad Airways invited him to a pilot training center.

Thus, the young Adam became an Airbus A380 pilot (in the simulator) at only 6 years old. It is very important to encourage the enthusiasm of young people for aviation and to support them on their way to fulfilling their dreams. Adam dreams of becoming an aircraft commander!