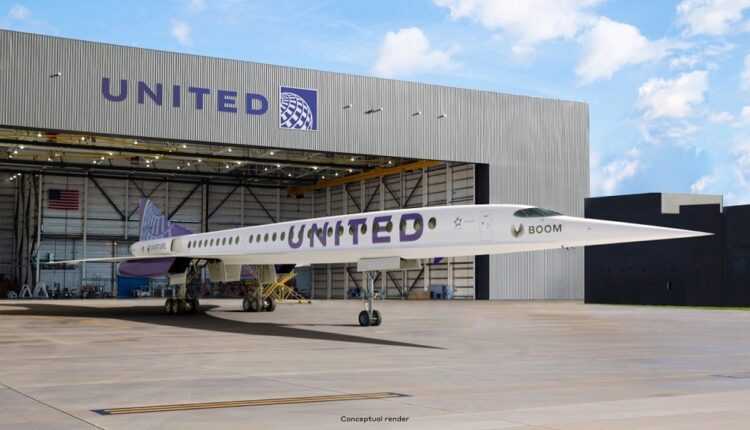 On June 3, United Airlines announced a trade agreement with Denver aerospace manufacturer Boom Supersonic for 15 Overture aircraft, with the intention of collaborating and supporting the development of the project in hopes of bringing supersonics back into commercial aviation.

Under the terms of the agreement, United will purchase 15 Boom "Overture" aircraft once Overture meets United's demanding safety, operational and sustainability requirements. The agreement also includes the option for another 35 supersonic aircraft developed by Boom.

Companies will assist in meeting these requirements prior to delivery. Once operational, Overture is expected to be the first large zero-emission commercial aircraft from day one, optimized to run 2% sustainable aviation fuel (SAF).

Overture would be launched in 2025, fly for the first time in 2026 and enter commercial passenger service in 2029. United and Boom will also work together to accelerate sustainable fuel production.

Overture will be able to fly, according to the technical plan, at speeds of 1.7 mach, twice the speed of the fastest commercial aircraft currently on the market. Travel times could be halved on many long-haul routes. Among the many United routes that can enjoy the new Overture are Newark - London in just three and a half hours, Newark - Frankfurt in four hours and San Francisco - Tokyo in just six hours.

The Overture will also be designed with features such as seat entertainment screens, ample personal space and contactless technology.

Overture will be able to carry between 65 and 88 passengers. It will fly at an altitude of 18 meters and will have a range of about 000 kilometers.

This would be the first order placed by an airline for Overture. In fact, behind this command, the focus is more on United's involvement in the development of a supersonic aircraft. If they succeed, 15 will reach the American carrier's fleet. At the same time, the image of United can play a key role in attracting new customers and thus this project can obtain funding to be completed. In general, the new aircraft rely heavily on these pre-orders recorded in the design and development phase. If they are not, more than likely, Overture will suffer.

What do you think? Will supersonic passenger flights return in 2029?