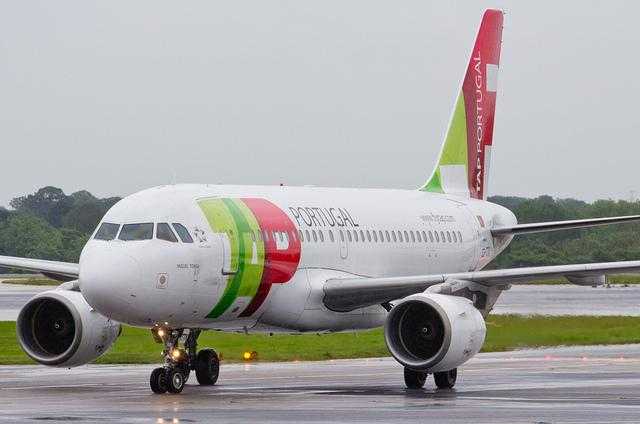 Update 22: 00: Officially, TAP Portugal confirms the cancellation of the Lisbon - Bucharest route starting with March 27, 2016. The announcement was made on the facebook page.

In order to improve the profitability TAP Portugal reorganized its suspending operation, from March 27th, some less lucrative routes.
Therefore, from that date, TAP will suspend flights from Porto to Barcelona, ​​Brussels and Rome. And from Lisbon to Bogotá / Panama, Gothenburg, Hannover, Zagreb, Budapest and Bucharest. The current route Lisbon / Manaus / Belém will be operated in a TAP direct flight to Belém and from there to Manaus in a flight operated in code-share with Azul.
TAP will contact in advance all passengers with tickets issued to and from those destinations, in order to find an alternative or refund all the amount paid.

Update 16: 50: Following this article, I contacted a TAP Portugal representative in Romania. The route is currently removed from the system because it is working on the reservation platform and reorganizations are being made regarding routes and aircraft. Officially, nothing has been announced regarding the abandonment of this route. The route would fail to reappear in the system in the coming days. Year 2015 was a very good one for this route, so TAP Portugal will keep it in the system. In the most pessimistic case, the route may become seasonal, but we are waiting for new official information!

After this date, Lisbon travelers will be able to travel by scale to Vienna, Munich, Frankfurt or other connections. It seems that Bucharest is no longer part of the new plan TAP Portugal.

A route with a potential of 50 000 of passengers per year is left free. Lisbon is a destination with great tourist potential, plus from Lisbon you can fly to several destinations in South America, North America and holiday destinations (Azores, Cape Verde Islands, etc.). Who will enter this route: Ryanair, Wizz Air (January 19 press conference), Blue Air (operated this route)? The beginning of the year 2016 is dynamic and full of surprises (pleasant or unpleasant).

(Video) Skateboarding among the planes in the Tarom hangar