The 3 terminal of the Iasi International Airport will be inaugurated 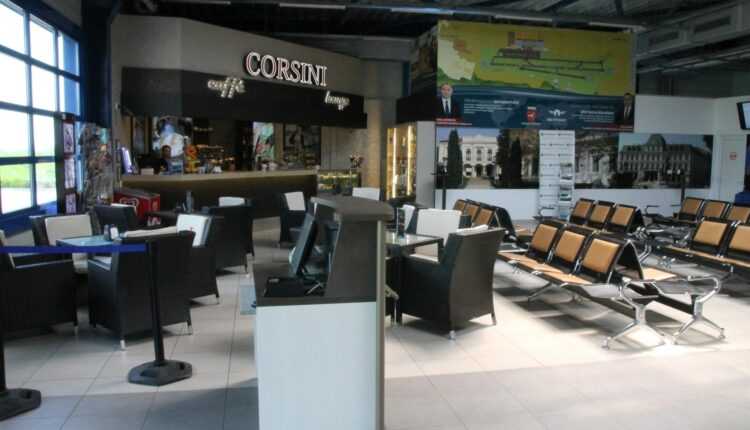 The 3 terminal of the Iasi International Airport will be inaugurated

On 17 October 2015, the 3 terminal of Iasi International Airport will be inaugurated. At the event that will take place tomorrow, starting at 09: 30, central and local authorities are invited, as well as the entire Iasi community. Thus, in addition to the discourses of the festivities present at the festivity, the program will include a short service to sanctify the new building, an artistic show, but also other moments specially prepared for this occasion. The event will be moderated by the well-known radio producer, Daniel Buzdugan from Iasi.

Those present will be able to attend an aviation performance supported by the acrobats team of the Romanian Air Force, "Hawks of Romania", led by Mr. George Rotaru, the General Manager of the Romanian Air Force. At the same time, the people of Iasi will be able to admire an exceptional "aviation minishow", made with remote-controlled miniature aircraft, under the guidance of tradition professionals in this field.

The building of the new terminal, with an area of ​​approximately 3.600 square meters, has six check-in offices and will provide a processing capacity of 320 of passengers at rush hour. The airport management also expects that the new terminal will become fully operational starting from October 25 2015, after all the airlines and the collaborating institutions will install the necessary logistics to carry out the specific activities, as it corresponds with the beginning of the winter season in aviation, when from Iasi Airport you can fly directly to new destinations: Munich and Paris.

The lifting of the new terminal at Iasi International Airport was absolutely necessary, given that the number of existing frequencies has increased, and other new flights to be introduced this month and from 2016. In addition, there was a permanent increase in the flow of passengers at Iasi Airport, from year to year.

The construction of the third passenger terminal, the extension of the boarding-disembarkation platform and the perimeter road is a final step in a larger project, funded by the European Commission, which involves the development and modernization of the infrastructure. The project has a total value of 56,7 million.

Frankfurt - San Jose, Silicon Valley with Lufthansa, from 29 April to 2016