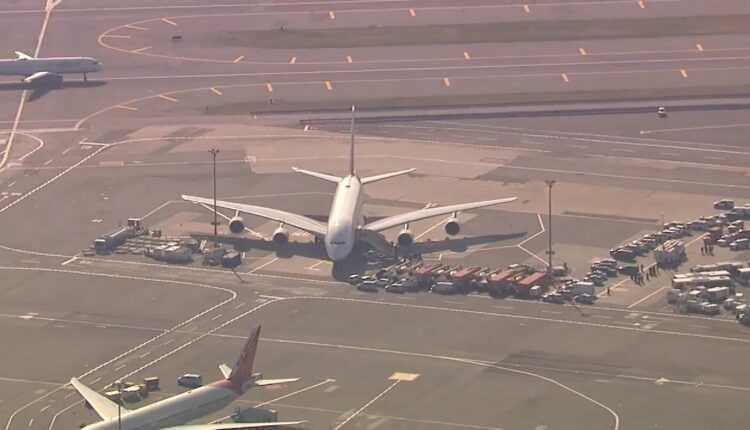 The Vanilla Ice star was aboard the EK203 flight, operated by Emirates on the Dubai - New York route. We are talking about the flight after which dozens of people became ill and 10 of them needed hospitalization.

The flight was operated by Airbus A380 aircraft, and 521 passengers were on board. Medical emergency was triggered after dozens of passengers showed symptoms of illness. 10 of them needed hospitalization, 8 people were treated on the spot. All passengers were assessed after landing in New York.

Vanilla Ice, among the passengers of the EK203 flight

Among the passengers was renowned rapper Vanilla Ice, by his real name Robert Van Winkle. He posted on Twitter a message after landing in New York, expressing his astonishment at the presence of dozens of ambulances, fire engines and police cars.

There is a lot of traffic. pic.twitter.com/i9QLh6WyJW

Another passenger of the EK203 flight, Erin Sykes, said that "the plane was practically a flying infirmary". It seems that several passengers had symptoms of illness from Dubai before boarding. But the Arab authorities have not taken steps to stop their embarkation. The pilot reported 2 people with fever and dozens of other passengers with a severe cough.

According to the analysis by the Americans, it seems that this was a flu epidemic. From here and the fact that many passengers coughed and had a fever. Because it intervened directly at the airport, the aircraft was parked in a remote area, remaining in quarantine until all passengers were checked.

Following the outbreak of the medical emergency, representatives from the Center for Disease Control, customs agents and specialized medical personnel were presented on the spot. All passengers were checked on the plane, prior to disembarkation, the place where the sick were taken out. 10 persons were transported to Jamaica Hospital Medical Center.