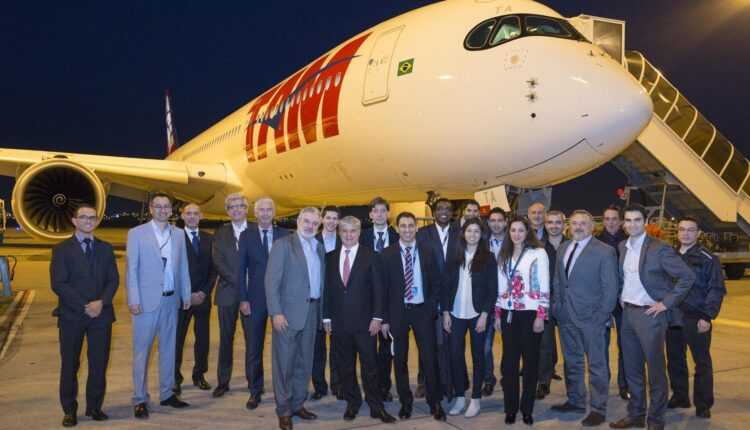 LATAM Airlines Group, consisting of LAN Airlines and TAM Airlines, received the first A350 XWB. The ceremony took place at the Airbus base in Toulouse, France. The manufacture of the first Airbus A350 XWB began in May 2015and the first flight was operated on 1 December 2015.

Thus, TAM will become the first airline in America to operate the new aircraft and the fourth in the world. The aircraft Airbus A350 XWB TAM is configured in two classes, with 348 of seats, which includes 30 of seats in Premium Business Class and 318 in Economy. LATAM has ordered a total of 27 of A350 XWB aircraft for the Group.

TAM Airlines commercial operation of the A350 XWB aircraft will commence in January 2016 between Sao Paulo and Manaus, Brazil, as part of crew training and familiarization. This will be followed by operations from Sao Paulo to Miami in March 2016, and then to Madrid in April 2016.

Including delivery to TAM, 2015 Airbus delivered 13 A350 XWB aircraft to four customers on four continents: Qatar Airways, Finnair, Vietnam Airlines and TAM Airlines. Airbus has recorded a total of 775 firm orders from 41 from customers around the world, making the A350 XWB one of the most successful wide-body aircraft of all time.