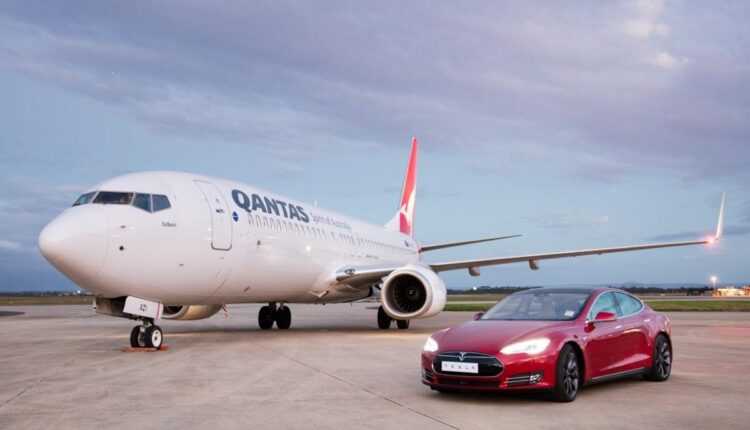 When the world of aviation intersects with the automotive world, it is a spectacle. Qantas and Tesla have one thing in common - innovation. Watch a unique flight between Boeing 737-800 and Qantas. Tesla Model S P90D.

Both companies work together to stimulate innovation in the transport industry. To mark this partnership, a Boeing 737-800 Qantas overtook a Tesla Model S P90D on the runway at Avalon Airport, southwest of Melbourne, Australia.

The 3-kilometer runway at the airport was enough to give free rein to the "horses" of the Tesla Model S P90D, which catches 100 km / h in just 3 seconds. Neither the 2 CFM International engines of the Boeing 737-800 aircraft were inferior, developing a power of 50000 pounds of thrust.