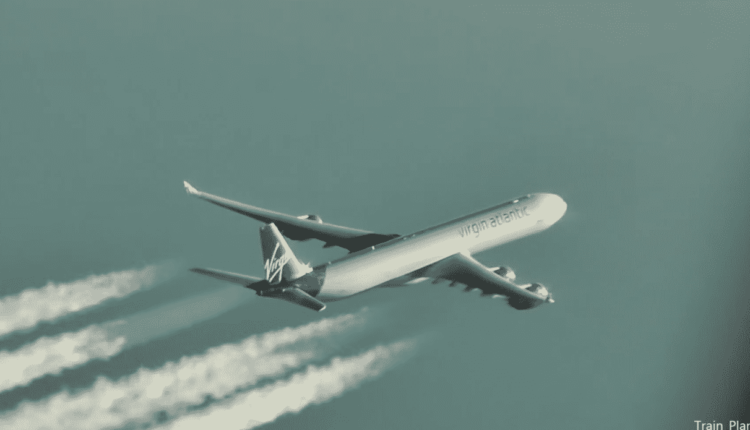 Last fall, a passenger filmed a "race" at height. According to his statements, he was in the Boeing 787 Norwegian aircraft, which operated the flight between London (Gatwick) and New York (JFK). In the flight over the Atlantic, for 30 minutes, the Norwegian aircraft flew very close to an Airbus A340 Virgin Atlantic, the latter operating a flight between London (Heathrow) and Boston.

- Voucher CODE: ROG500 - 500 lei discount on ASUS ROG laptop
- Flights canceled or delayed? You receive up to 600 EURO
- Cosmetics and perfumes at a discount of up to 30%
- Dana Resort Hotel offer: from 399 lei/room/night

Boeing 787 Norwegian flew to the 40 000ft, and Airbus A340 Virgin Atlantic flew to the 39 000ft. Both aircraft flew safely, according to standard flight procedures across the Atlantic, a topic I approached a while ago starting from a video material created by KLM. If you come across such situations, you just have to enjoy the view. Don't panic. In this case, the vertical ceiling diameter was 1000 ft. Such situations are not dangerous, but they are certainly very spectacular. Have you had such "competitions" on your flights?