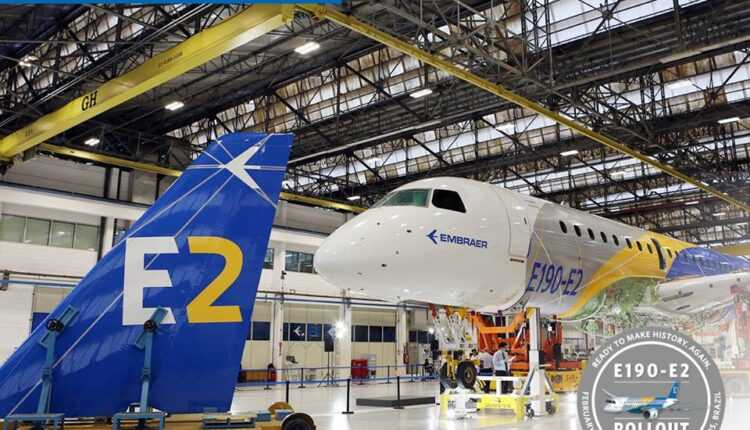 Embraer, a Brazilian manufacturer of commercial and military aircraft, is preparing to write another sheet in the history book of commercial aviation. Today, February 25 2016, Embraer will present the first Embraer E190-E2 family plane E-Jet E2, the one that was presented at Paris Air Show 2013. According to the announcement made by Embraer, the event is scheduled for 09:45 BRT (Brazilian time) = 15:45 UTC + 2 (Romanian time).

Until the official presentation, watch a video made during the assembly phase!

With an investment of 1,7 billion dollars, the E2 E-Jets program was launched in June 2013. To date, E2 has received firm orders for 267 aircraft, to which 373 of optional units can be added. If everything goes according to the chart, Embraer E190-E2 will take off in the second half of this year and the first delivery is scheduled for 2018. The other models in the E2 family, E195-E2 and E175-E2, will enter the commercial service in 2019 and 2020 respectively.

At the time of writing, we know that the Embraer E190-E2 will be powered by Pratt & Whitney PW1900G engines and will have a maximum capacity of 106 seats. We will come back with more information after the presentation event

(Video) Landing on the Courchevel Plateau (LFLJ) filmed from the plane

The first Boeing 787-9 for Norwegian