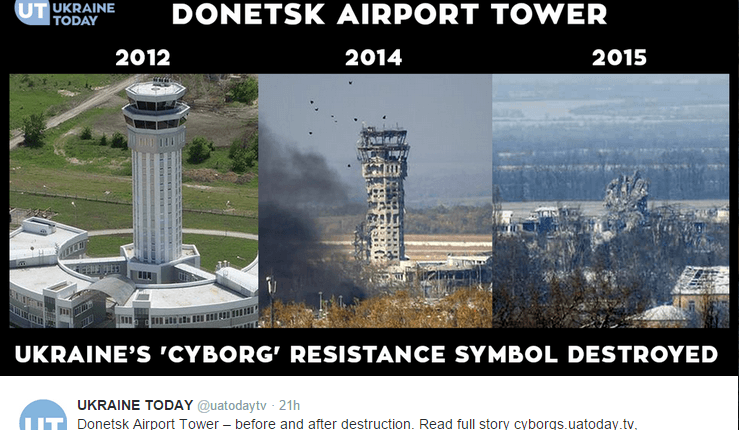 The war in Ukraine between the Kiev authorities and pro-Russian separatists continues with new fighting on the eastern border. One of the targets is Donetsk Airport. After many months of bombing, there is not much left of the "Sergey Prokofiev" International Airport, but it is considered a strategic point and symbolically desired by both sides.

Due to armed conflicts, the airport has been closed since May 2014, and suffered massive damage last fall. Donetsk International Airport "Sergey Prokofiev", once a modern airport worth more than $ 400 million and with more than 1 million passengers, has become a ruin.

Earlier this year, a Ukrainian activist organization shot with a drone the remaining "Sergey Prokofiev" International Airport in Donetsk. The pictures are sad :(.

(Video) Antonov An-124 taking off from Henri Coanda International Airport