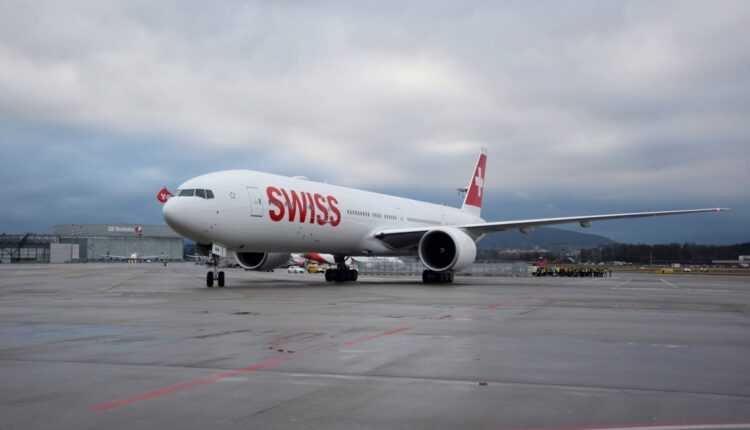 In the morning of this day, 29 January 2016, Swiss International Air Lines (SWISS) celebrated the delivery of the first Boeing 777-300ER (Extended Range). After flying non-stop 8418 miles, the distance to Boeing Base from Everett, Washington and Zurich, the aircraft landed at 9 and 14 minutes.

Silhouette of an airplane, made by synchronizing the 800 of ...

Airbus A380 Emirates opens Dubai Airshow with a flypast…

Before landing, the first Boeing 777-300ER SWISS made a low pass with 2 F / A 18 Hornets aircraft belonging to the Swiss Air Force. 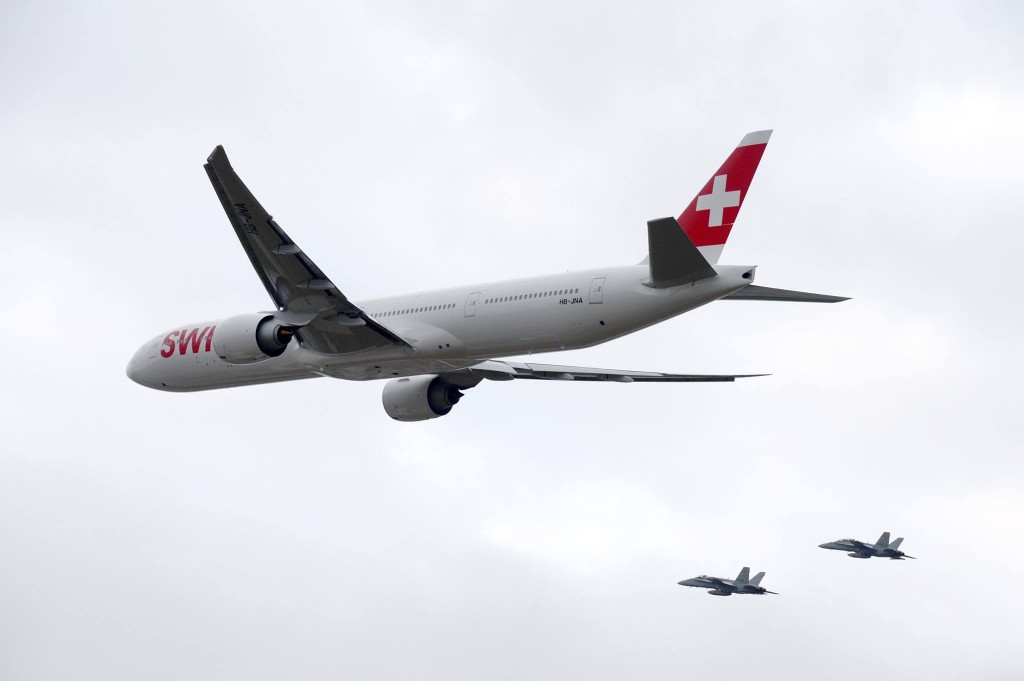 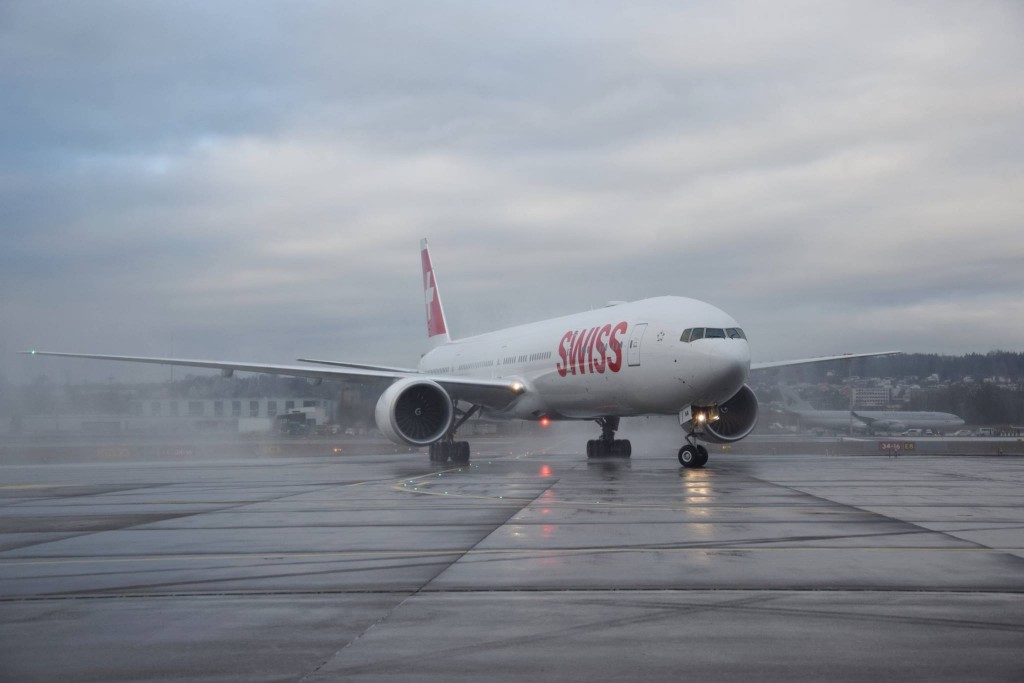 The youngest and largest member of the SWISS fleet was met with loud applause from the crowd of fans at the airport, as well as from SWISS officials. On board LX7771 a delegation of the SWISS board of directors, media representatives and specially invited guests were present.

The aircraft Boeing 777-300ER (HB-JNA) SWISS is configured in 3 classes and has a capacity of 340 of seats: 8 at First Class, 62 at Business Class and 270 at Economy Class. With the introduction of the aircraft into the operating system, passengers will be able to benefit from wireless internet on board the plane. Boeing 777-300ER SWISS comes equipped with a fully redesigned cabin interior to enhance passenger comfort. The first long-haul flight will be operated between Zurich and New York JFK.