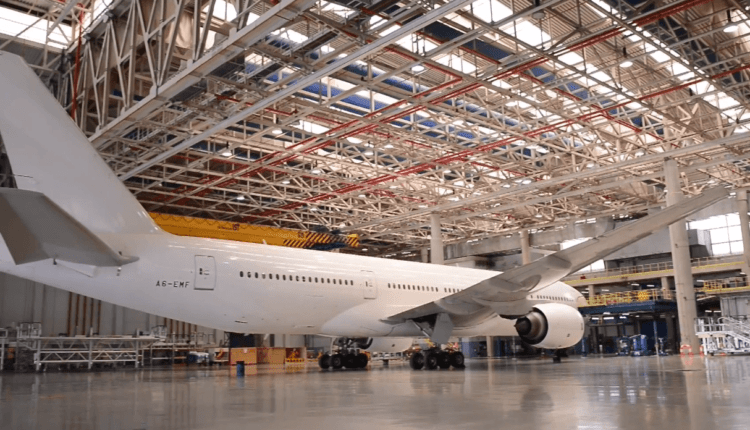 By Sorin Rusi Last updated NO ONE. , NEVER
2 299
Share FacebookTwitterPinterestLinkedinWhatsApp
Delayed plane? Flight canceled? >>Claim compensation now<<for delayed or canceled flight. You can be entitled to up to € 600.

This month, the last airplane of its kind Boeing 777-200 (A6-EMF) he left the fleet Emirates, after 19 years of flights. The aircraft was received by the Arab operator on 16 October 1996. It flew over 60 millions of miles, enough to cover the distance from Earth to Moon and return 80 times. It has carried hundreds of thousands of passengers to destinations around the world, including Warsaw and Ho Chi Minh City.

The last flight operated on the Dubai - Arizona route via Boston, and Captain Constantinos Nicolaou was in the bag. Prior to the flight, the aircraft underwent a de-escalation process, which included the removal of the Emirates color scheme and the Emirates logo. After this process, the aircraft becomes unrecognizable. Only the seats and the carpet in the interior remain unchanged. Technically speaking, the aircraft goes through a process of checks and refurbishments to return to a form similar to the original one when it entered the fleet.

The aircraft is still fit for flight, but Emirates has a fleet upgrade plan and wants the aircraft's average age to be up to 75 by Monday. Depending on the contract, the aircraft returns to the leasing company or is put up for sale.