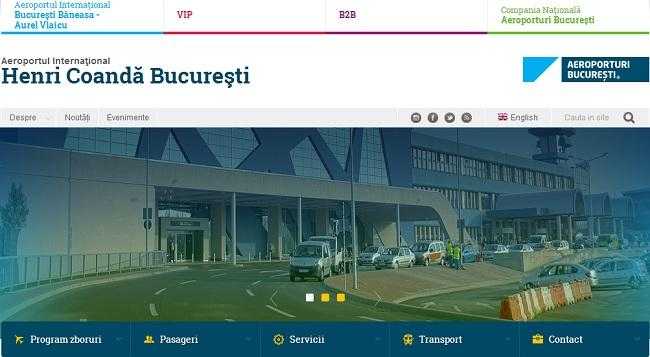 About the new portal I have announced since 1 April, the date when the new theme was activated, but also the new communication services. It is a huge step taken by CNAB in communicating with passengers in the virtual environment. The old site was weak in terms of the information provided, the structure, but also in terms of usability.

The new site www.bucharestairports.ro it comes with a modern design, is intuitive, and the information is very well structured. The site can be accessed from the laptop, desktop, smartphone, but it does not have a mobile-optimized version. CNAB officials announced that they will also launch a mobile application. I appreciate the fact that the site loads very fast and browsing the site is almost instant.

Among the information most appreciated by me are: the list of arrivals / departures flights, the information on transport services to and from the airport, the airport map, the access map and the list can continue. I could say that CNAB has a modern website adapted to the 2.0 Internet. 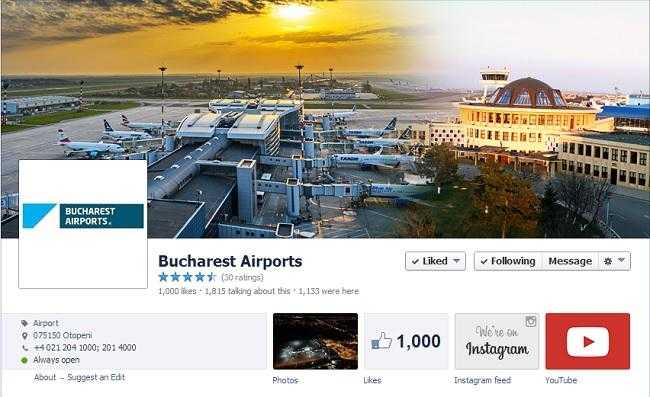 In addition to the beautiful site, CNAB officials also announced new communication channels in social media: facebook, youtube, twitter and instagram. I can say that I was the first fan of the new page Bucharest Airports, and today marks the threshold of 1000 of fans. A very good evolution in just a few days.

And I finally left the big surprise. Starting with April 7, in the "departures" terminal of Henri Coandă International Airport you will notice 3 "Virtual Assistants". These are high fidelity virtual projections, which leave the impression of a real person and have the role of communicating security rules and procedures. Passengers interact much better with such modern systems and can be much more attentive to the information provided. CNAB introduced this service in order to streamline the flow of passengers in the area of ​​security control filters.

The role of the virtual assistant was played by Antica Gălice, an employee of the Communication Department of the CNAB.

Henri Coanda International Airport is the first in Eastern Europe to implement "Virtual Assistant", a service that can be found on other airports in Europe and the United States: London Luton, Birmingham, Paris-Orly, JFK, La Guardia, Newark, etc.