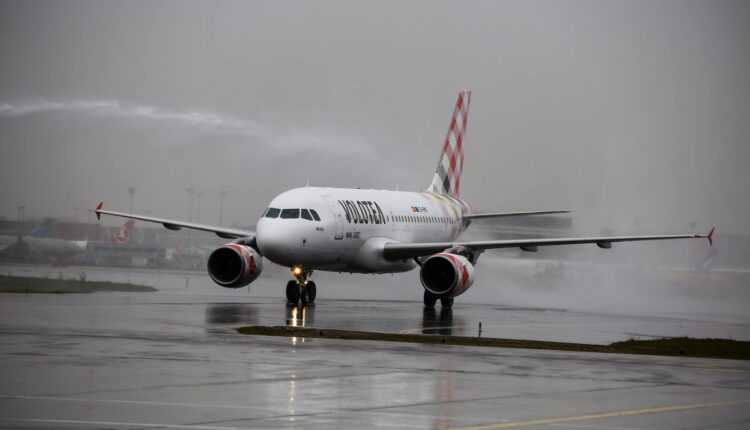 On 11 October 2018, Volotea celebrated the transport of 20 by millions of passengers throughout its activity.

Volotea airline was founded in 2011, but started operating in March 2012. It is a low-cost Spanish carrier with headquarters at Asturias.

In 6 years of flights and 7 years of existence, Volotea carried over 20 millions of passengers. The threshold was exceeded on October 11 2018.

The moment was marked by an event, which took place at the Opera Theater in Bordeaux, a cultural institution sponsored by Volotea. The passenger with the 20 million number was Laurent Lannou, who flew from Bordeaux to Palma de Mallorca. It has received 1 years of free flights to any destination departing from Bordeaux.

20 millions of passengers were transported by Volotea

Volotea currently owns a fleet of 30 aircraft: 13 x Airbus A319-100 and 17 x Boeing 717-200. They have transport capacities between 125 and 150 of seats. Volotea is the only carrier in Europe with B717 in the fleet. Some voices in the market announced that TAROM is negotiating to take over some Boeing 717 aircraft from Volotea, but it appears that the deal has failed.

Carlos Muñoz, founder and CEO of Volotea, said that Volotea will expand its operations in 2019. New routes and new countries to which Volotea will fly will be announced.