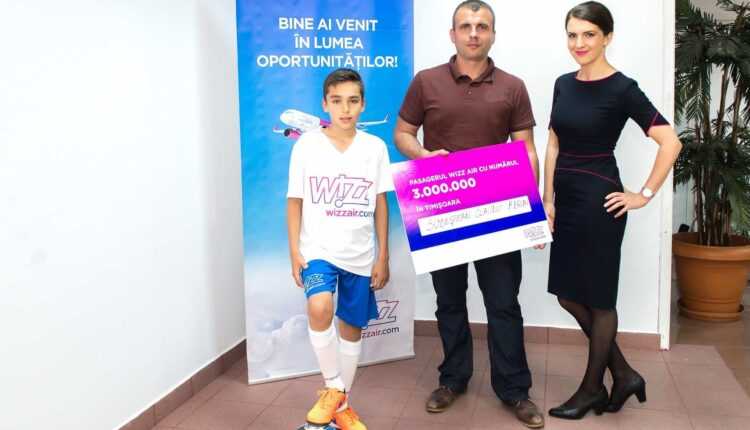 By Sorin Rusi Last updated NOT ANYONE. , NEVER
0 319
Share FacebookTwitterPinterestLinkedinWhatsApp
Delayed plane? Flight canceled? >>Claim compensation now<<for delayed or canceled flight. You can be entitled to up to € 600.

On 14 June 2016, Wizz Air reached a new record - three million passengers transported to and from Timisoara International Airport. Since October 2008, Wizz Air has started operating flights to / from Timisoara. In February 2009 followed the opening of the base and the allocation of an A320 aircraft.

In November 2014, Wizz Air added a second A320 aircraft to its base in Timisoara and is currently offering 15 routes to 7 countries. Last year WIZZ carried over 590 thousands of passengers on its routes from Timisoara. This has facilitated the creation of more than 400 jobs in related industries in the region. 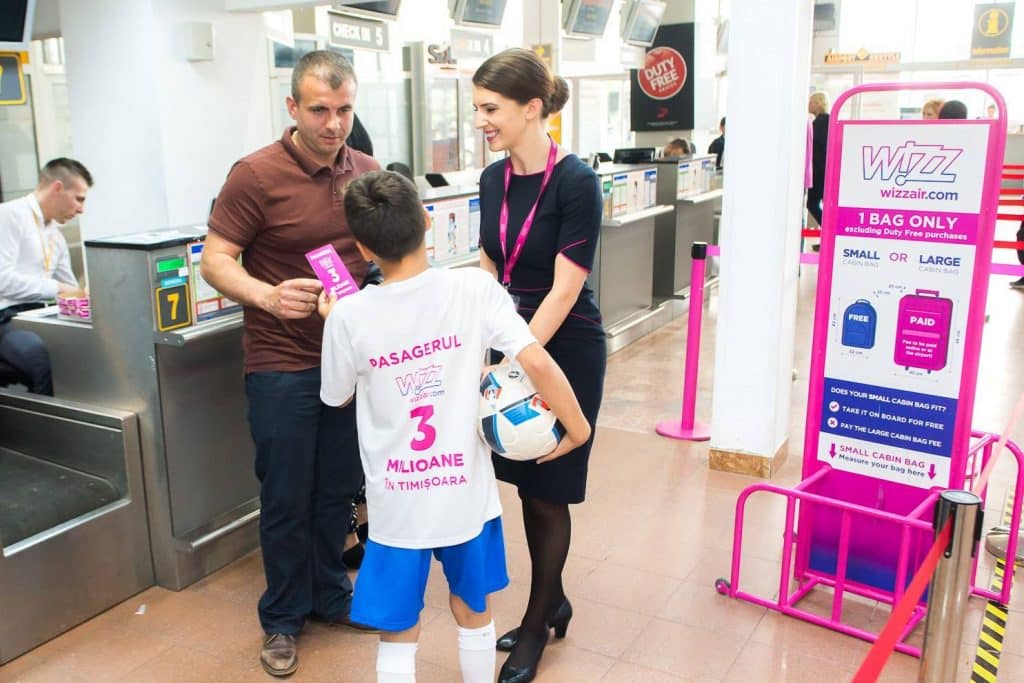 Becoming the largest airline in Romania, Wizz Air will increase its domestic fleet at 20 by aircraft by the end of 2016 and will operate from nine airports, of which seven are served by the young WIZZ fleet. Wizz Air currently has over 600 of direct employees, and this year supports the existence of 3.300 of jobs in related industries throughout Romania.

According to Airports Council International (ACI), one million passengers transported / year facilitates the creation of 750 jobs.

passenger Wizz Air with the number three million from Timisoara, Mister. Claudiu Adrian Bodeştean, flew on Timişoara - London Luton route on Tuesday. The purpose of the flight: a city break in the capital of the United Kingdom. During the check-in, the passenger was greeted by a young football player in Wizz Air uniform. This one “sanctioned him"With a pink card on which the good news was written. Happy and excited, the lucky passenger said: “I used to travel frequently with WIZZ, along with my wife and children. I did not expect to be so lucky and to be "sanctioned" with the pink card. I look forward to the next WIZZ trip! ”