Wizz Air has carried 50 millions of passengers in 8 years

Wizz Air has carried 50 millions of passengers in 8 years

Wizz Air, the largest low-cost airline in Romania and in Central and Eastern Europe, 21 November celebrated the passenger with the number 50 of millions.

The lucky passenger traveled from Warsaw Modlin Airport to Eindhoven. Ana Wilson, a Polish based in London, the Wizz Air passenger with the number 50 million was rewarded with unlimited travel opportunities for a year. 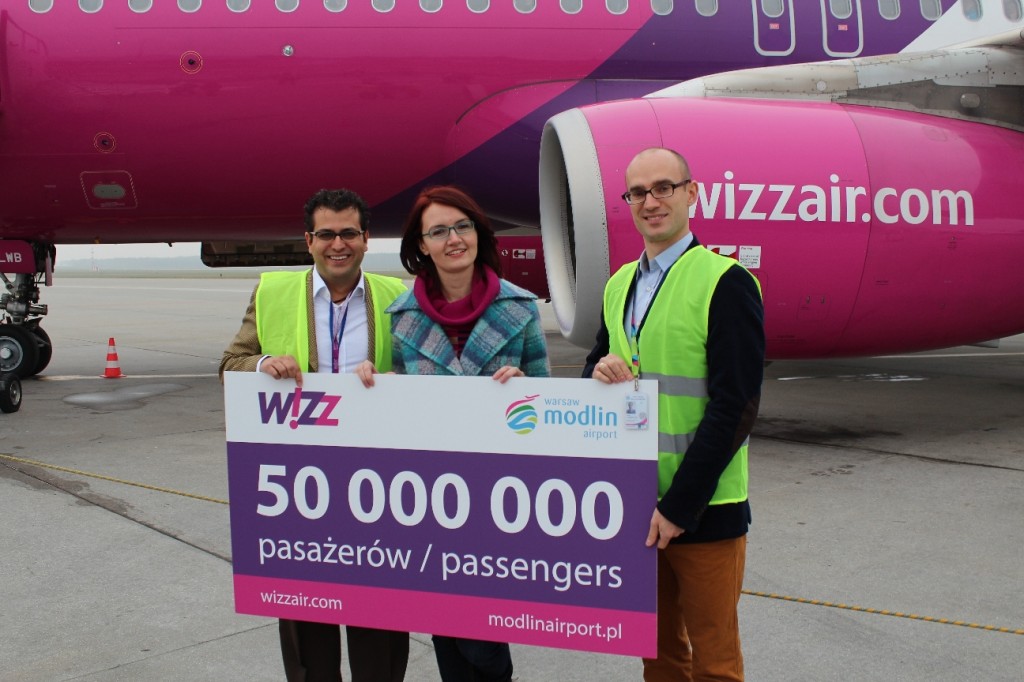 Wizz Air appeared on the market in 2003, and the first flight made it to 19 May 2004. He managed to quickly impose himself on the air market by practicing attractive rates. In the first year of activity it carried 1.4 millions of passengers, and by 2008 it already had 12 millions of passengers carried. The increase was progressive and on 21 November 2012 celebrated the passenger with the 50 number of millions.

Also read: Wizz Air in new numbers and routes from 2013

"We are pleased to welcome the passenger of the 50 number of millions today, marking a new stage of company development. Undoubtedly, Wizz Air has become the preferred airline in Central and Eastern Europe. We will continue to offer very low fares and outstanding services to our constantly growing passengers by developing the destination network in existing markets and by opening new operating areas. If it took us 8 years to deliver the first 50 millions of passengers, it would take us less than 4 years to carry the next 50 millions. "